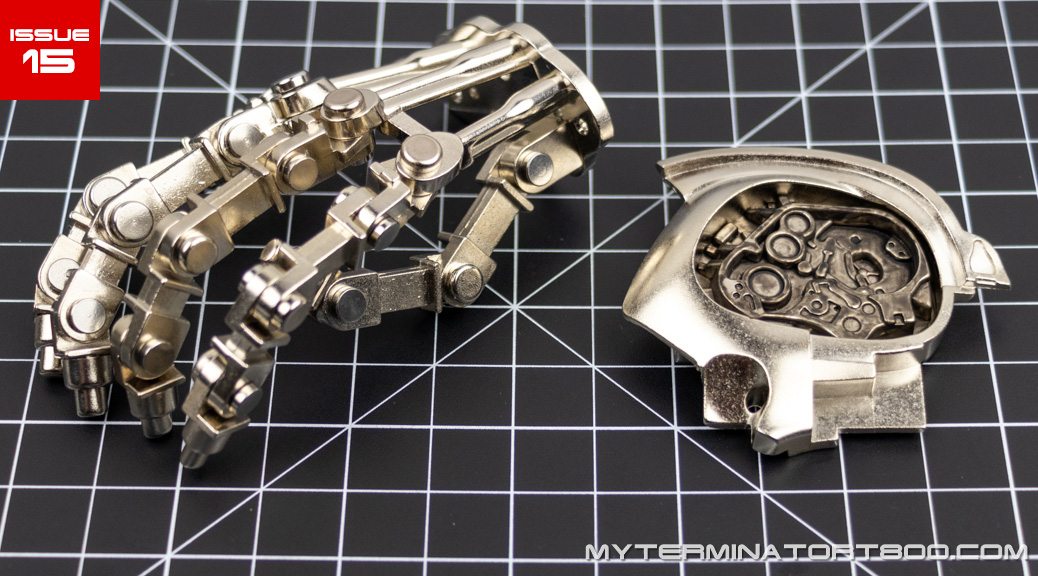 “Two parts of the left head are assembled, and we put together the last finger of the right hand and attach it to the rest of the hand.” 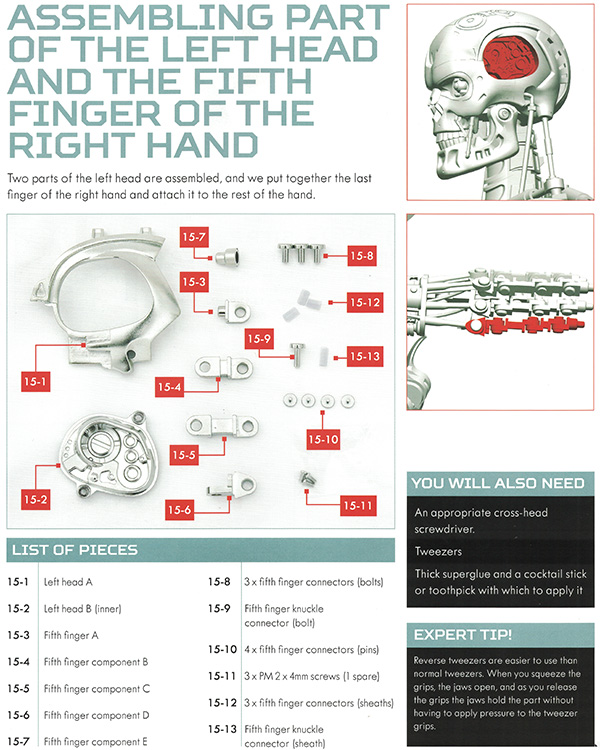 Materials: The Left Head A and Fifth Finger parts are metal (except 15-7), the sheaths are PVC, and the rest of the parts are plastic. 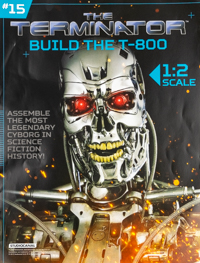 The insert piece in this issue is just silver plastic and I wanted a little contrast and dirtiness to it. With a small brush, I worked some Vallejo Game Color Black Wash into the nooks and crevices to give it a worn oily look: 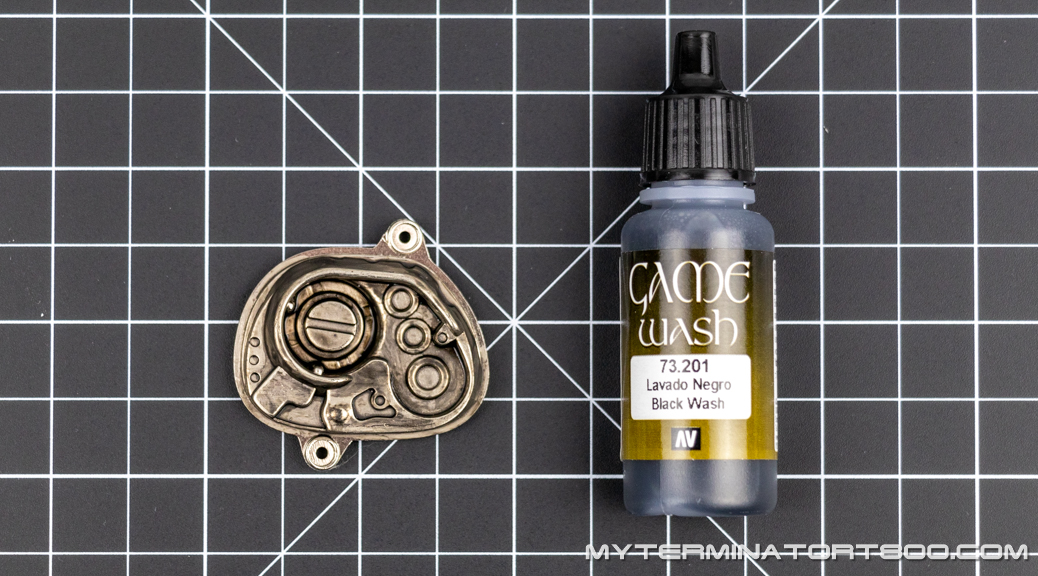 Like we did in Issue 9 with the right skull plate, insert the Left Head B into Left Head A from behind as shown, and secure into place with two (2) PM 2×4 mm screws: 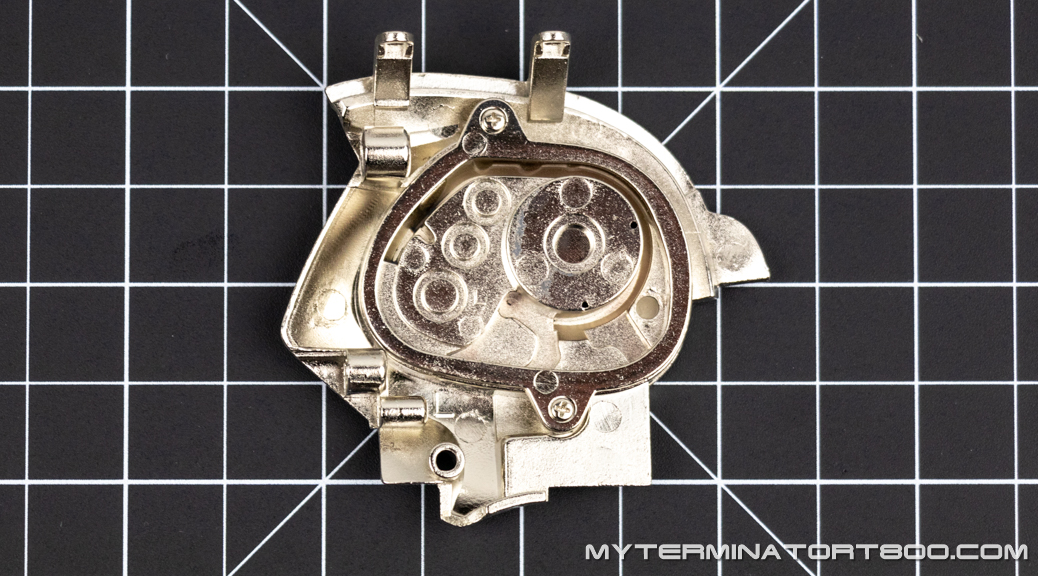 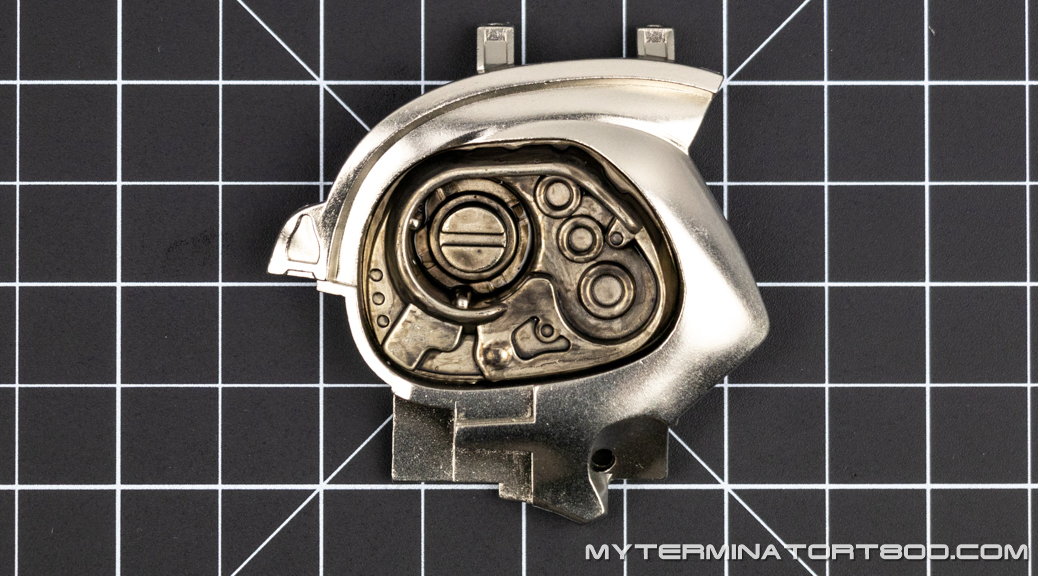 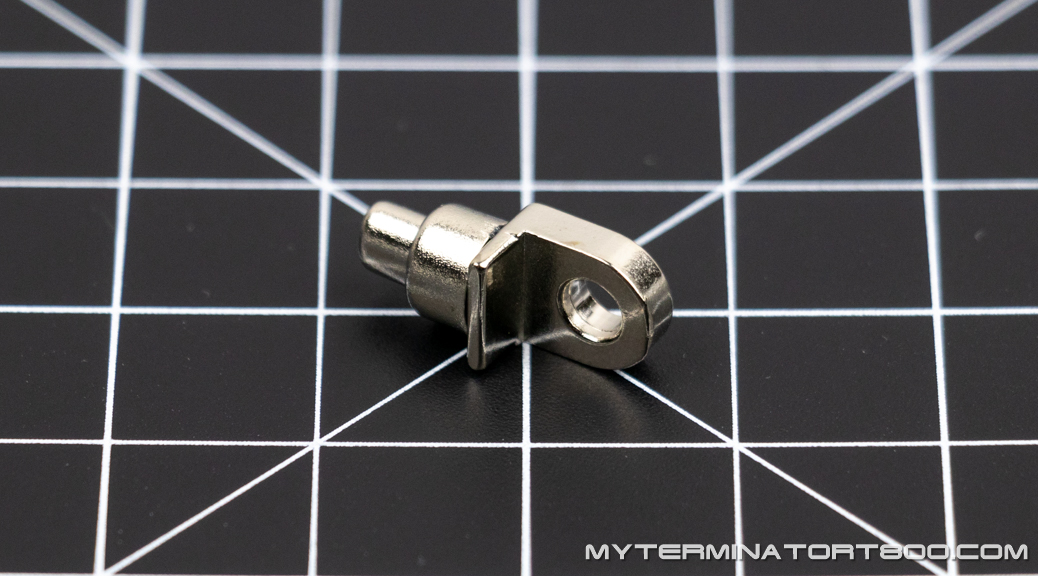 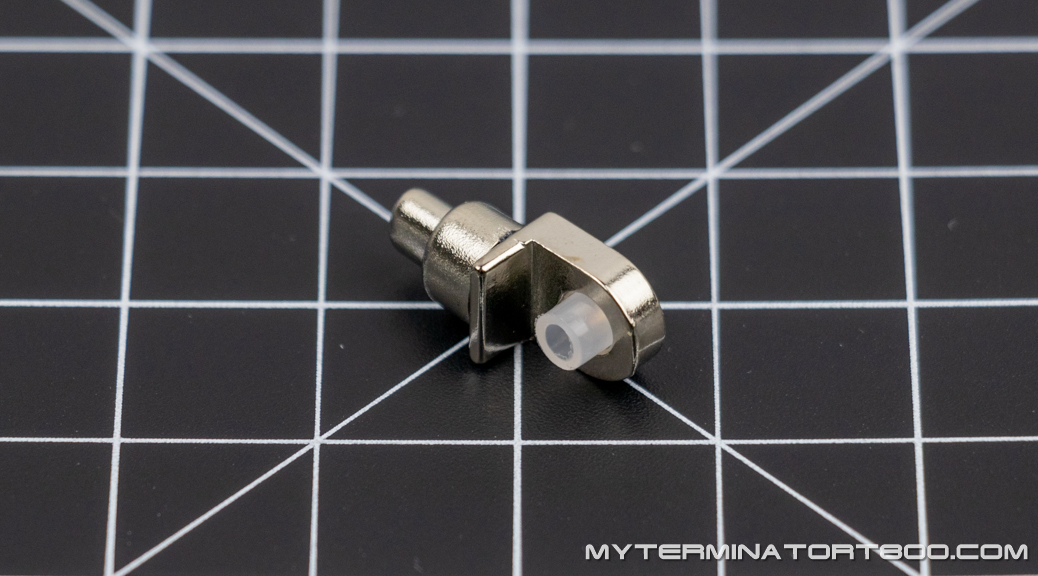 Next, fit the Fifth Finger Component B (middle phalanx) over the sleeve, making sure they align as shown: 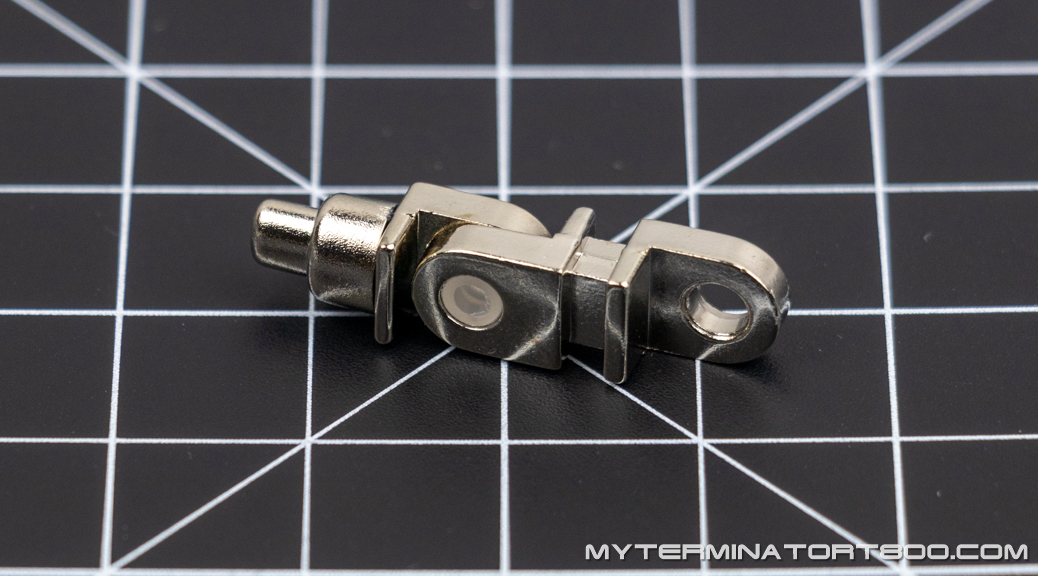 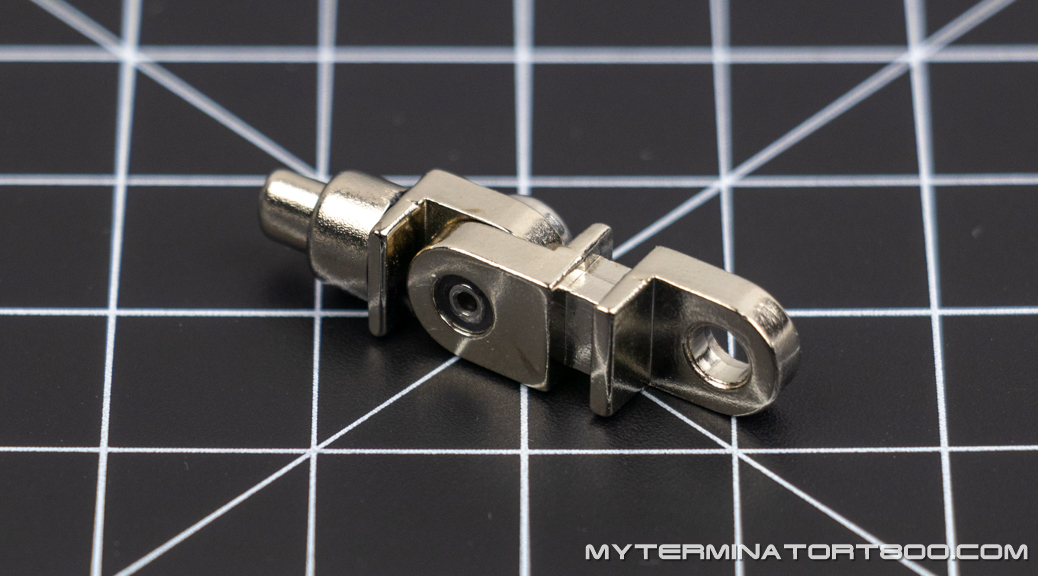 Like before with these new sleeved finger joints, I used rubber cement instead of super glue (the glue would not hold the pin in place): 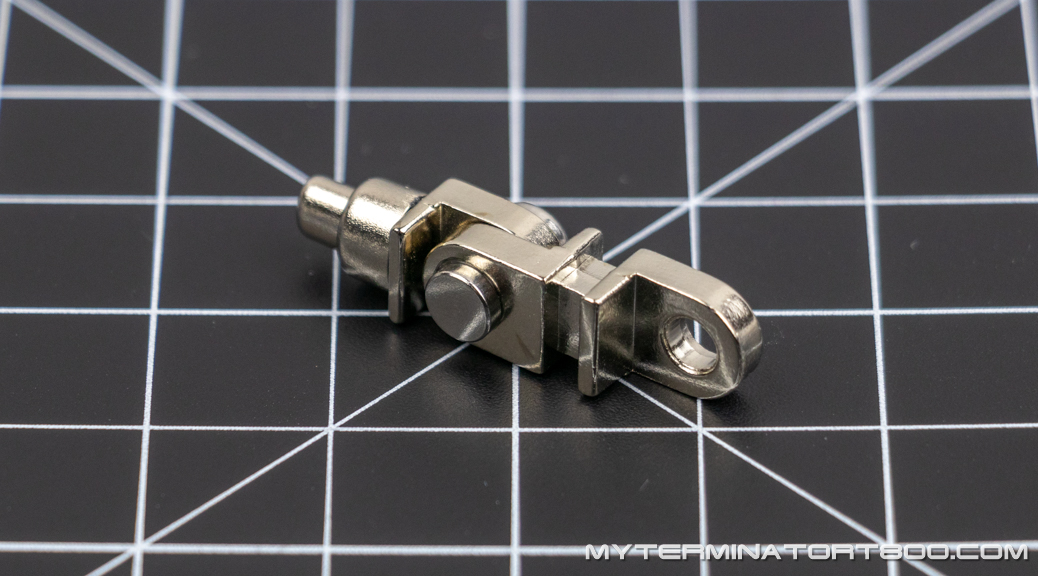 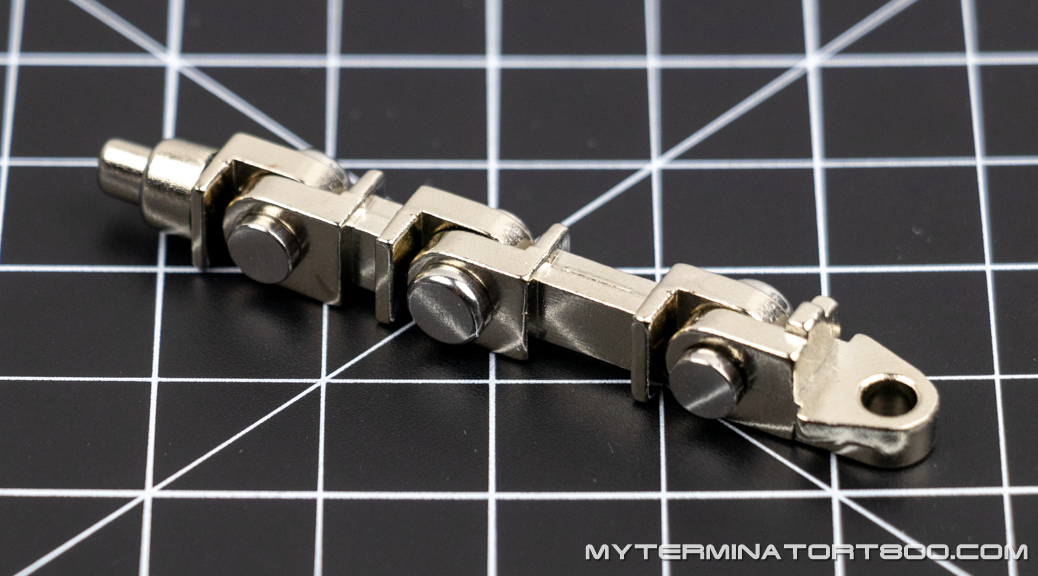 Retrieve the right hand assembly (from the last issue). Insert the longer Fifth Finger Connector (sheath) through this hole in the hand. 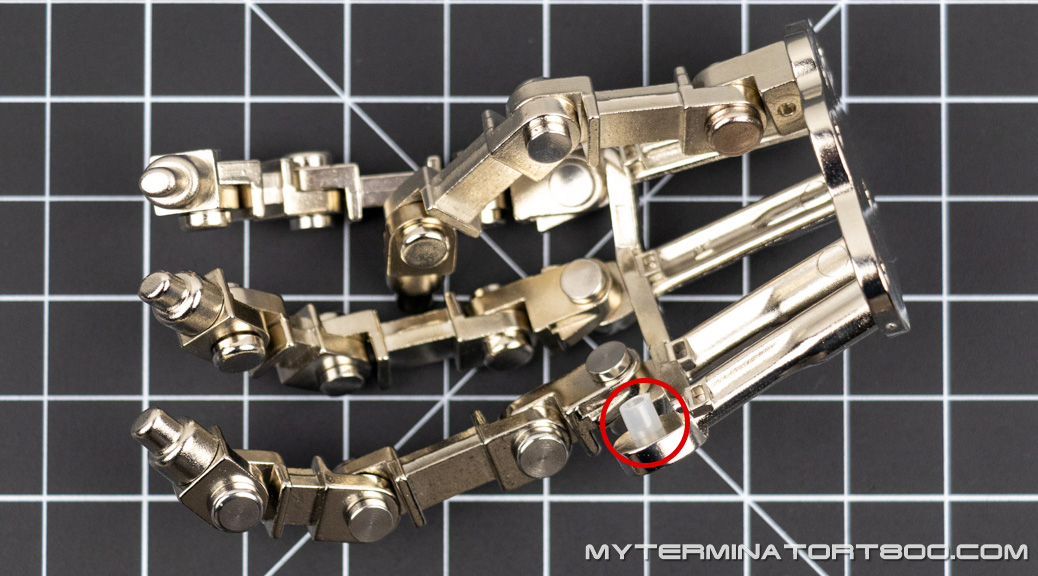 Next, press the finger assembly over the sheath as shown: 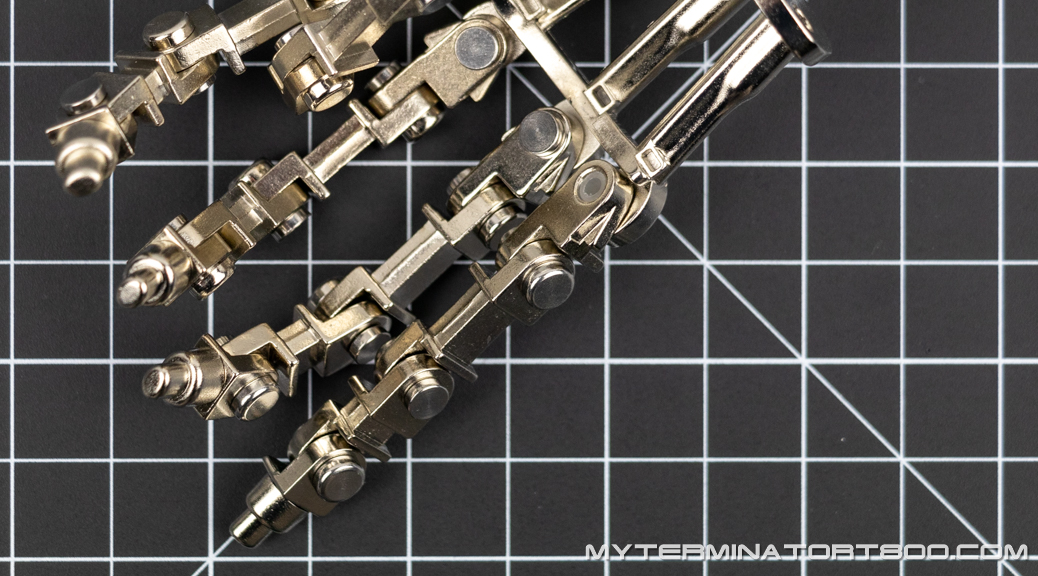 Then, insert the Fifth Finger Knuckle Connector (longer bushing) through the sheath from this side, as shown: 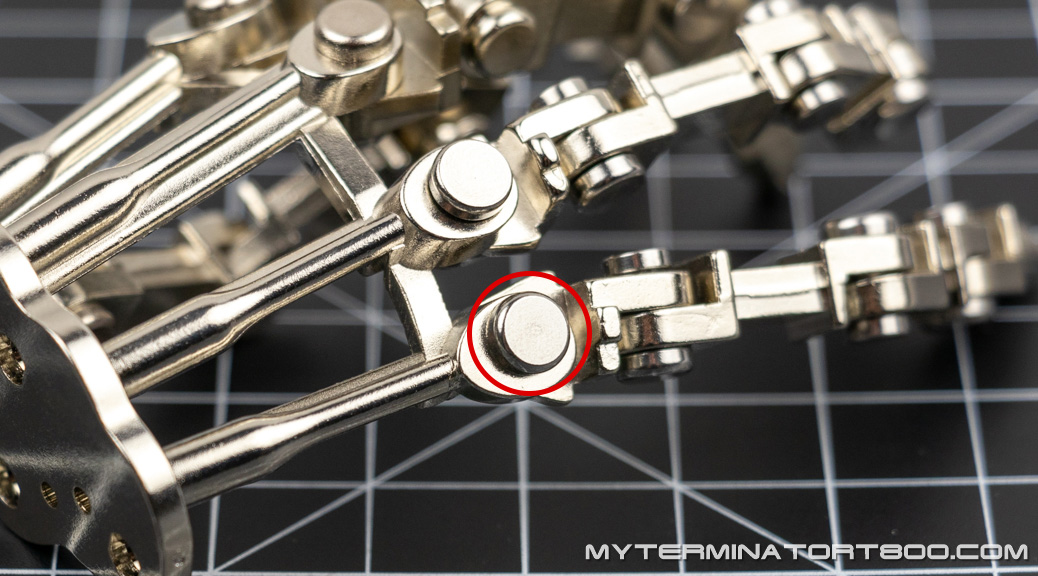 Finally, add a tiny drop of super glue onto the pin of a Fifth Finger Connector, and insert into the hole of the bushing:

If yours doesn’t stay in place, try rubber cement instead of super glue: 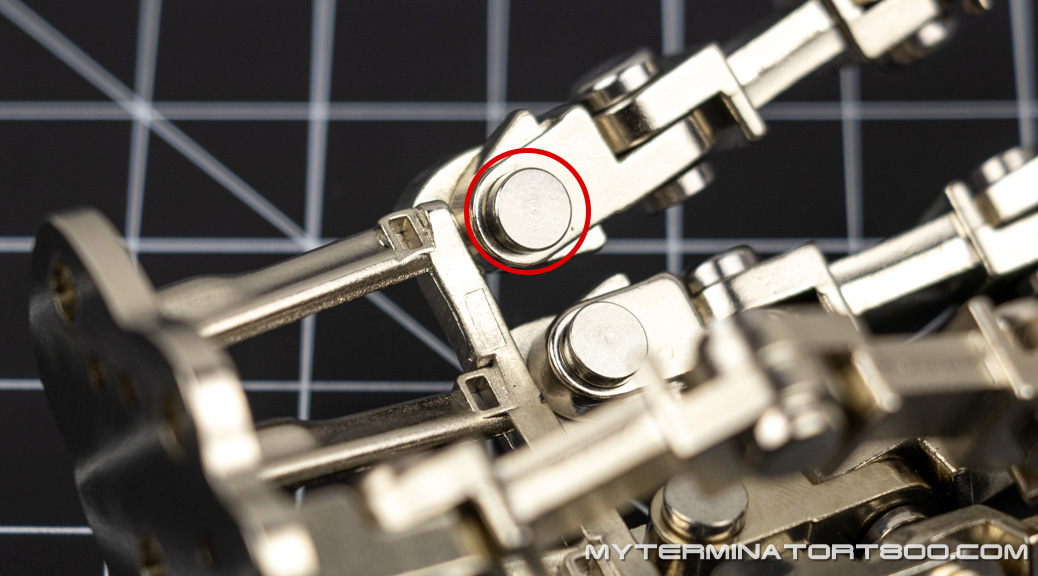 The completed right hand should now look like this: 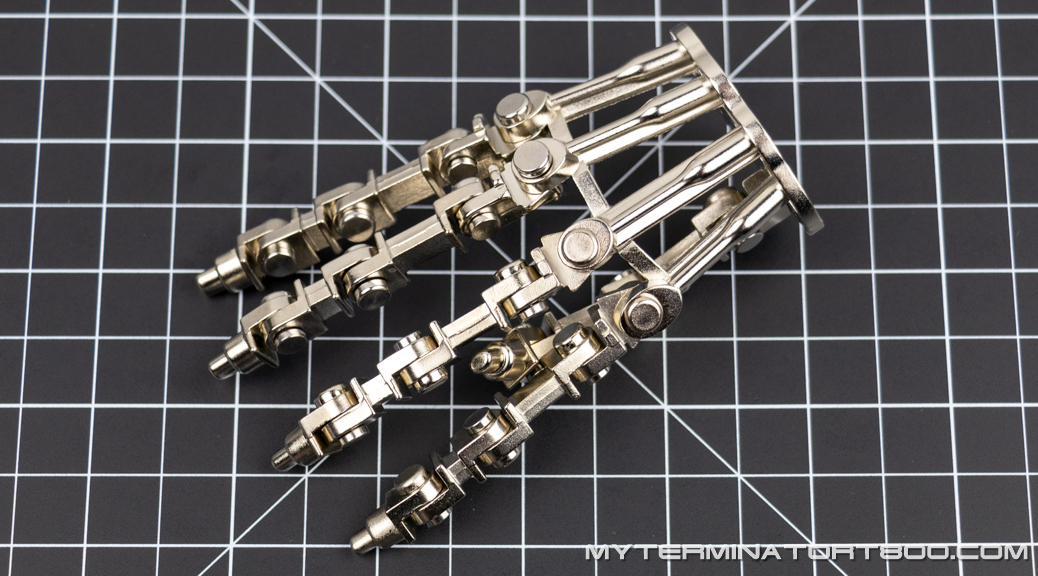 Look at that, the right hand is now finished!