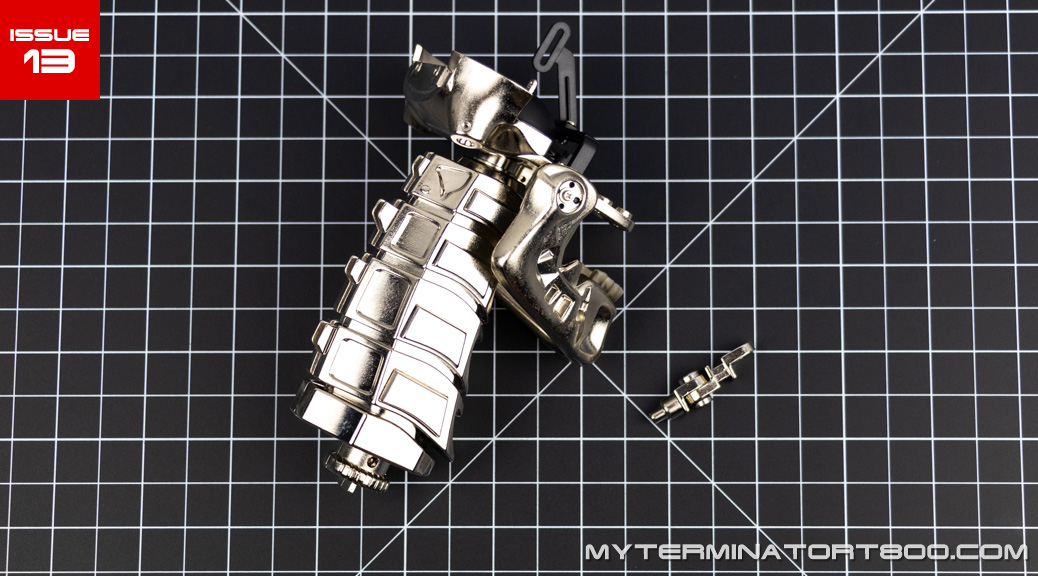 “In this issue, we’ll assemble the neck and connect it to the lower jaw, and start the assembly of another right finger.”

This issue contains the first redesign of the knuckle joints. A Rubber Sleeve is now included to firm up the joint. 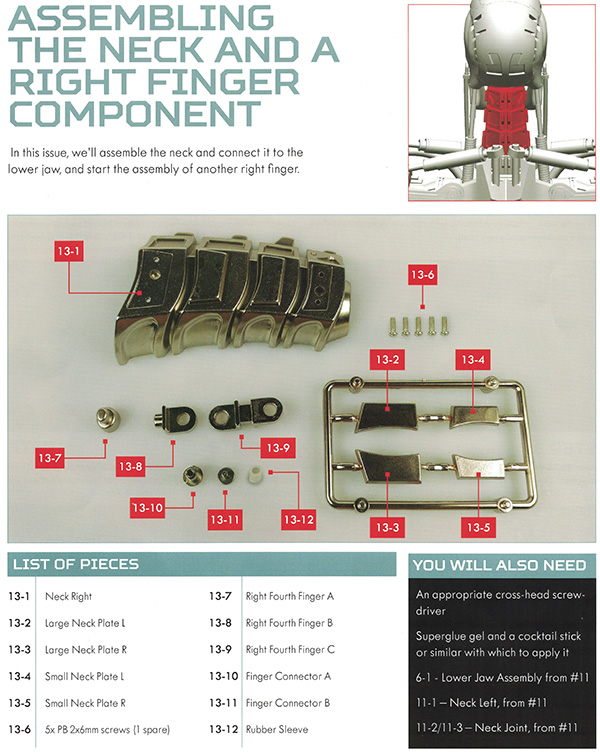 Materials: The Right Fourth Finger parts are metal (except 13-7), the sleeves are PVC, and the rest of this issue is plastic. 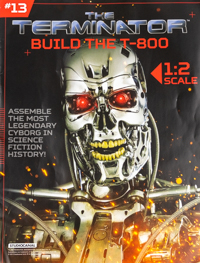 Assembling the Neck and a Right Finger Component

Retrieve all of the neck components from Issue 11. Note this raised screw hole (circled below) on the inside of the Neck: 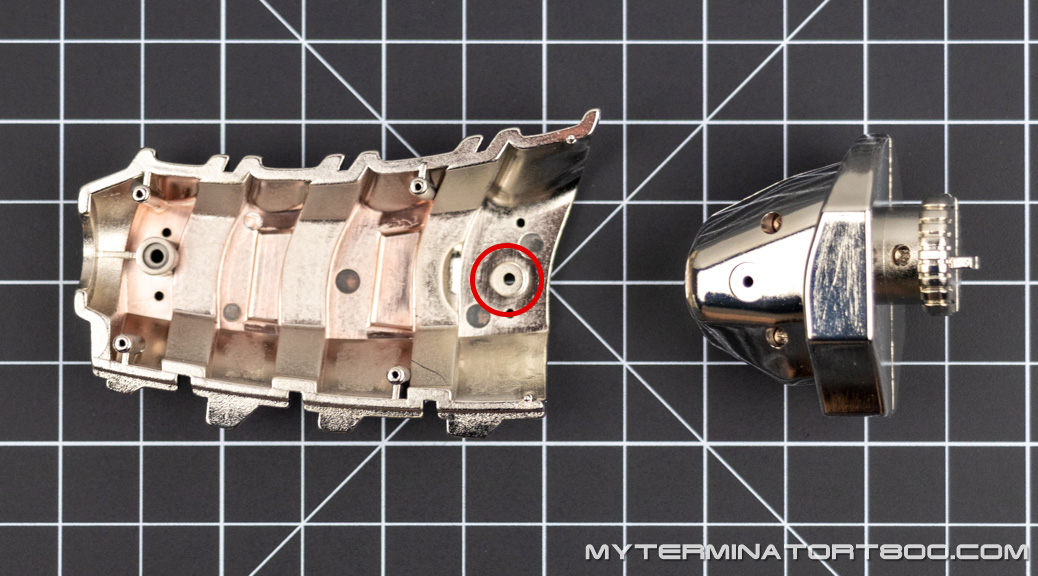 Slide the neck joint assembly under the Neck as shown, and secure with one (1) PB 2×6 mm screw into that hole: 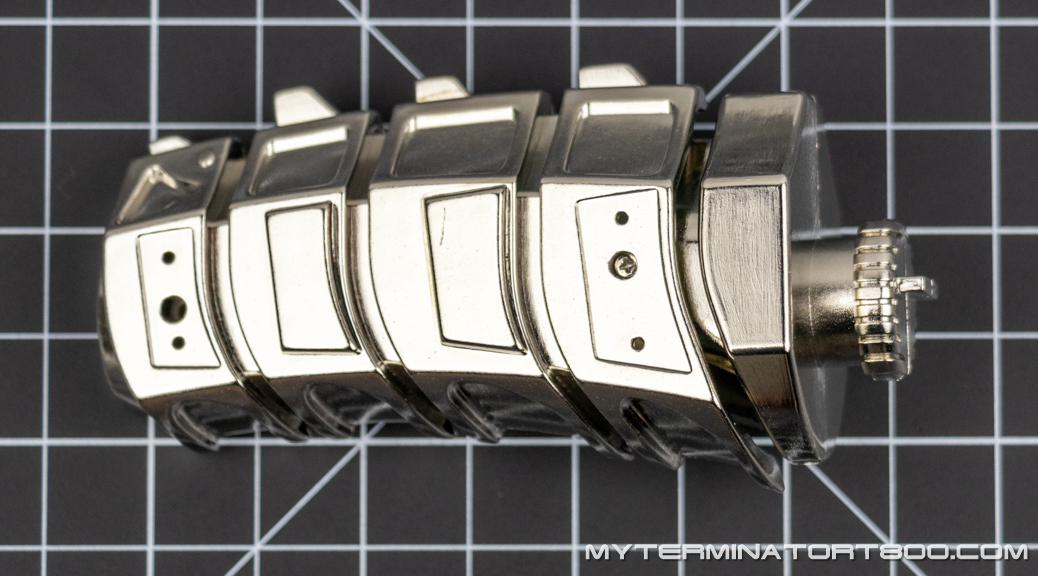 Retrieve the jaw assembly (last worked on in Issue 11) and note how this raised screw hole on the neck ball joint matches the post on the neck: 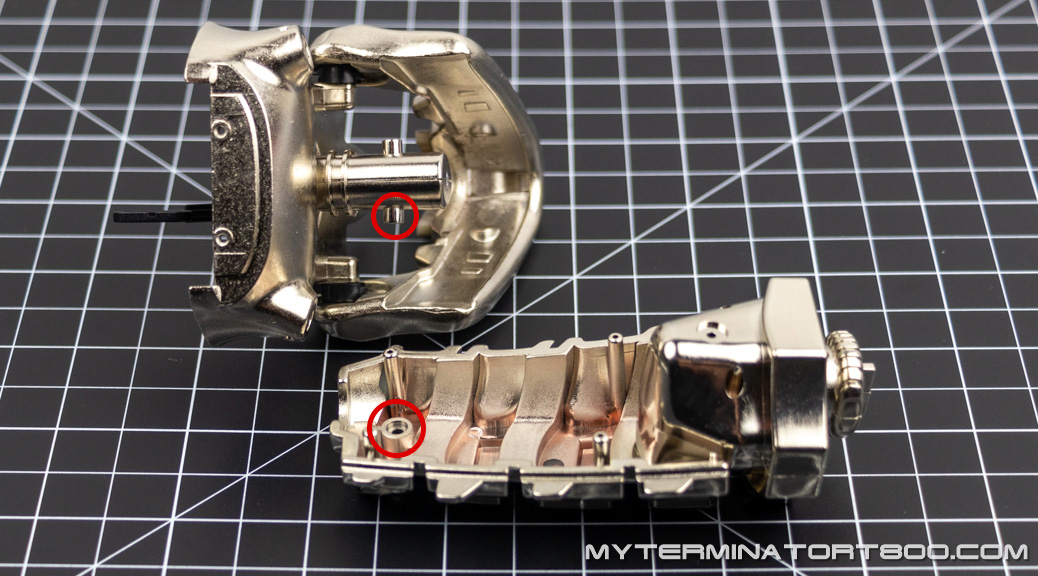 Slide the jaw assembly under the Neck as shown, and secure with one (1) PB 2×6 mm screw into that hole (circled below): 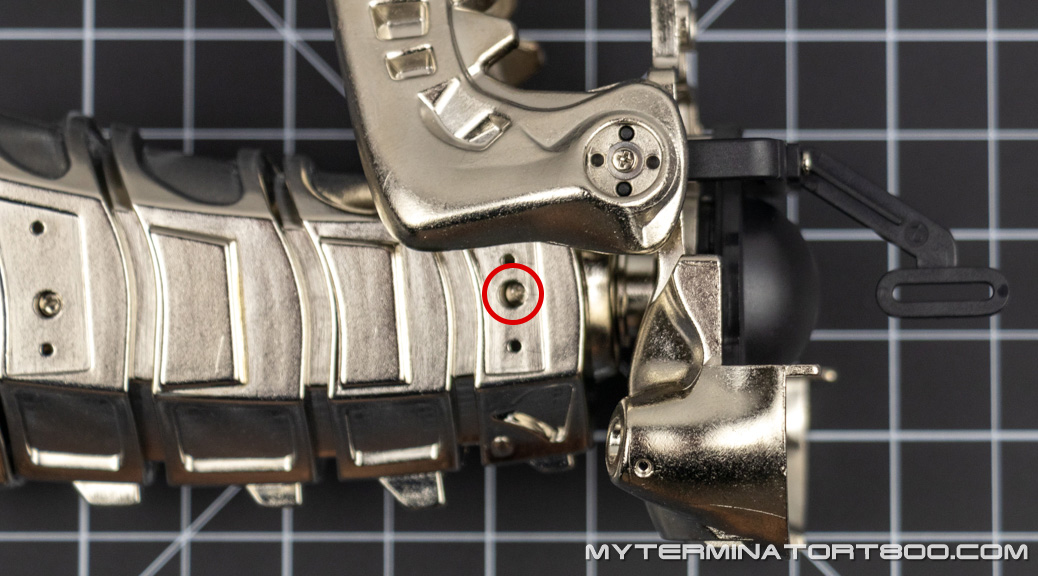 Take the Neck Right (from this issue) and note the small holes that match up to the pins (circled below) on the other half of the neck.

You should test fit these parts together to see how the pins and screw holes align: 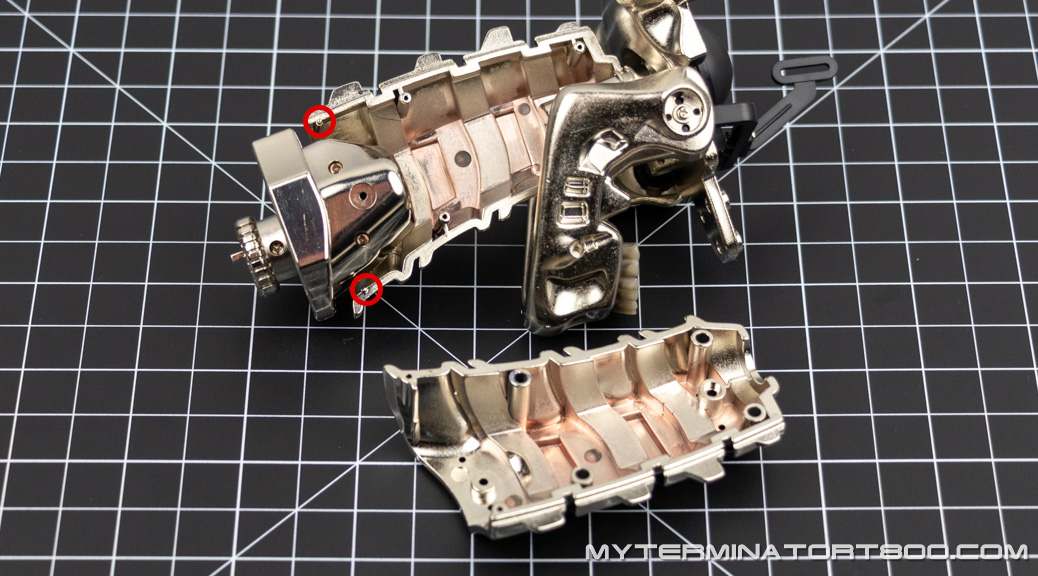 Separate the neck halves and apply a small drop of super glue to both pins, then refit the two neck halves together.

I chose to put super glue on the four extra posts as well: 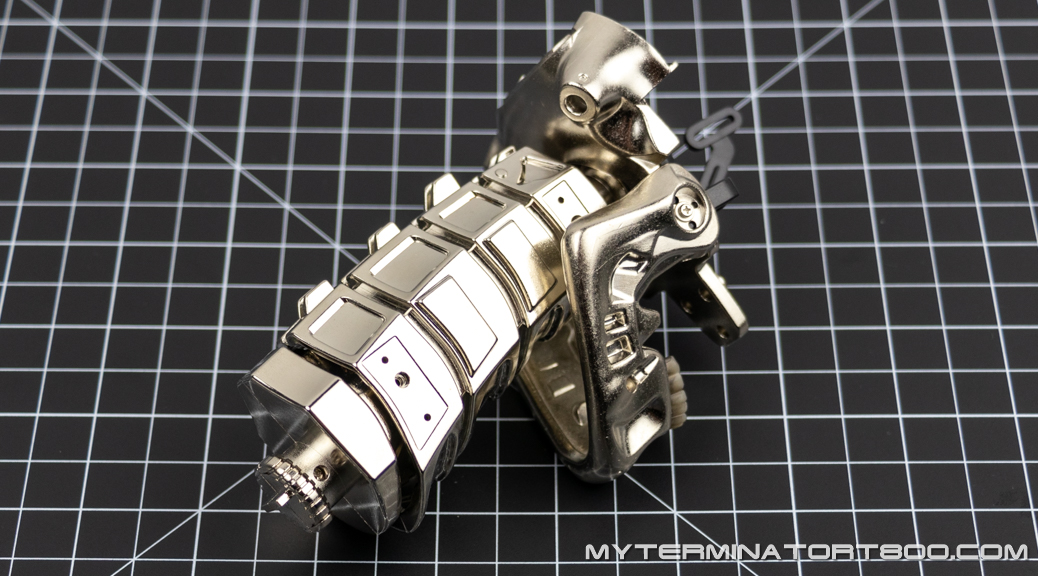 Secure the neck halves together with two (2) PB 2×6 mm screws, as shown: 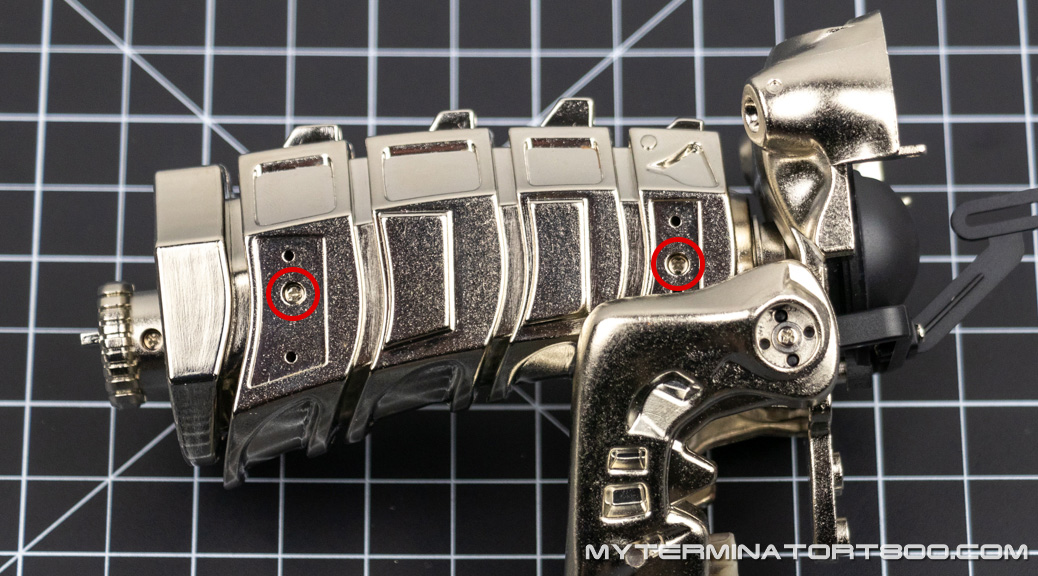 Just for ease of identification, these neck plates are marked with ‘L’ and ‘R’ on the back to make it easier to identify once they are loose: 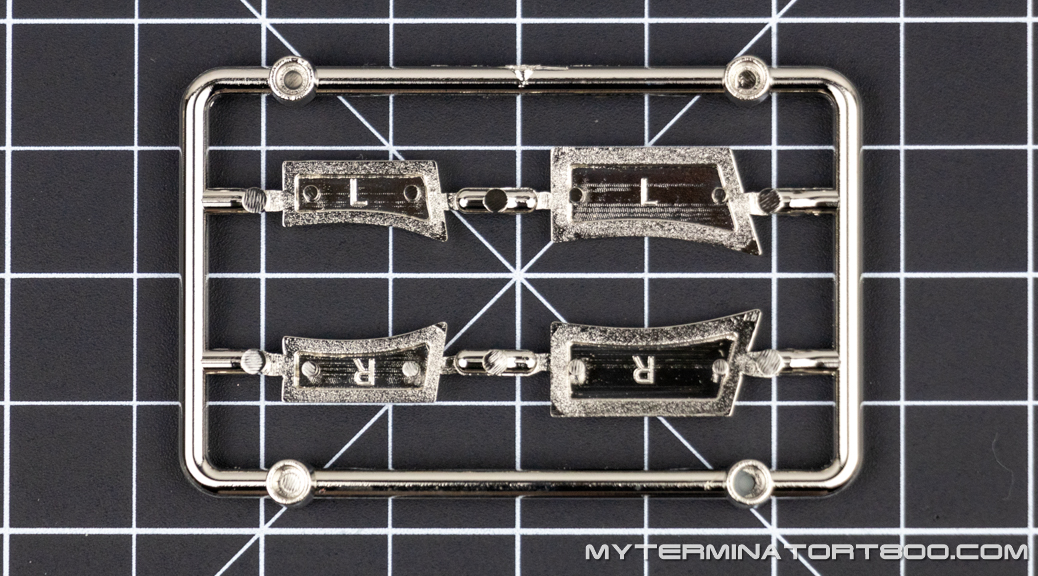 Carefully remove the neck plates from the sprue and smooth any rough edges with sandpaper (if needed).

I recommend using sprue cutters or sharp hobby knife to remove these parts from the sprue: 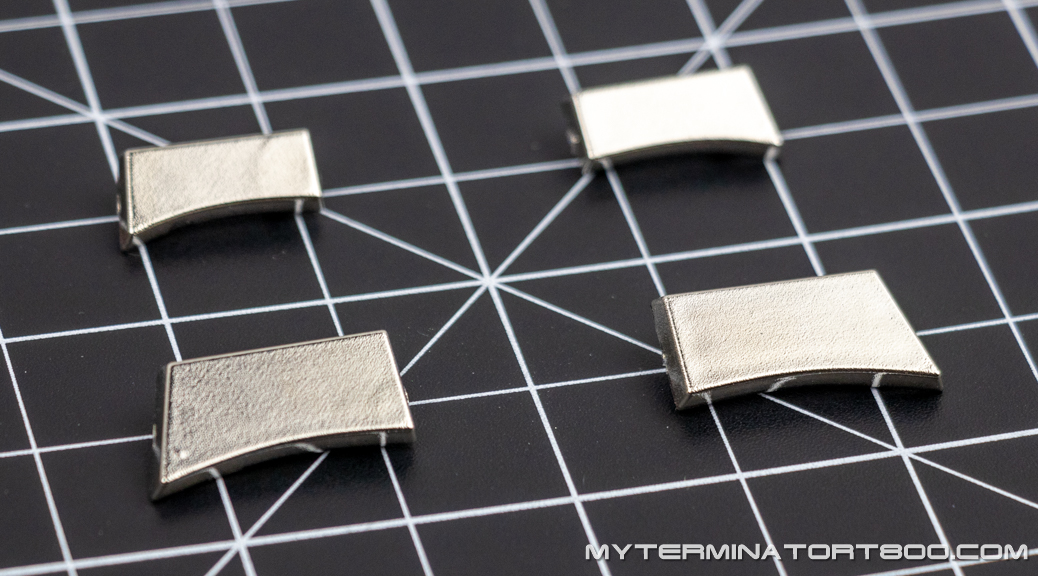 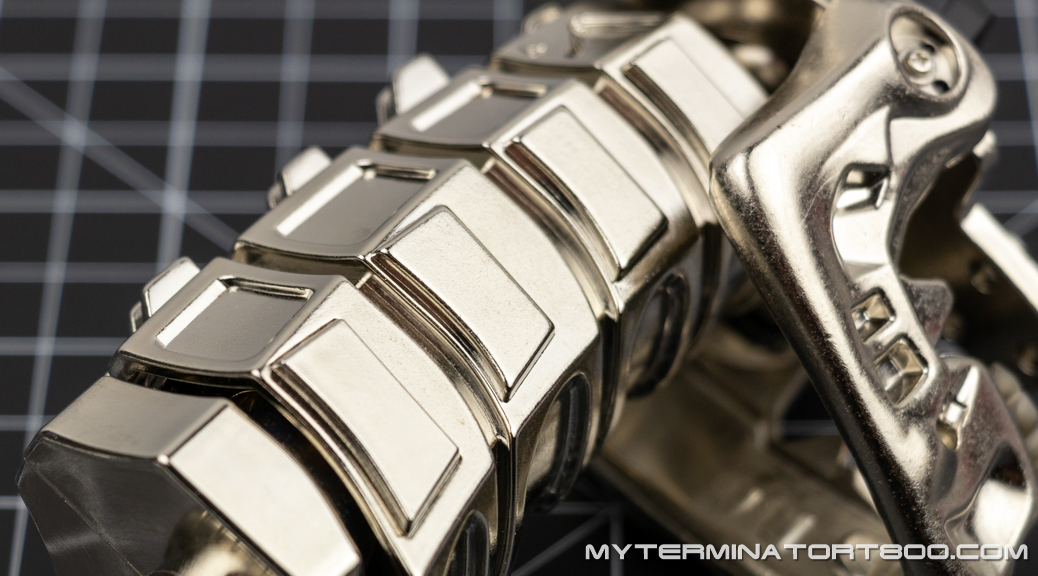 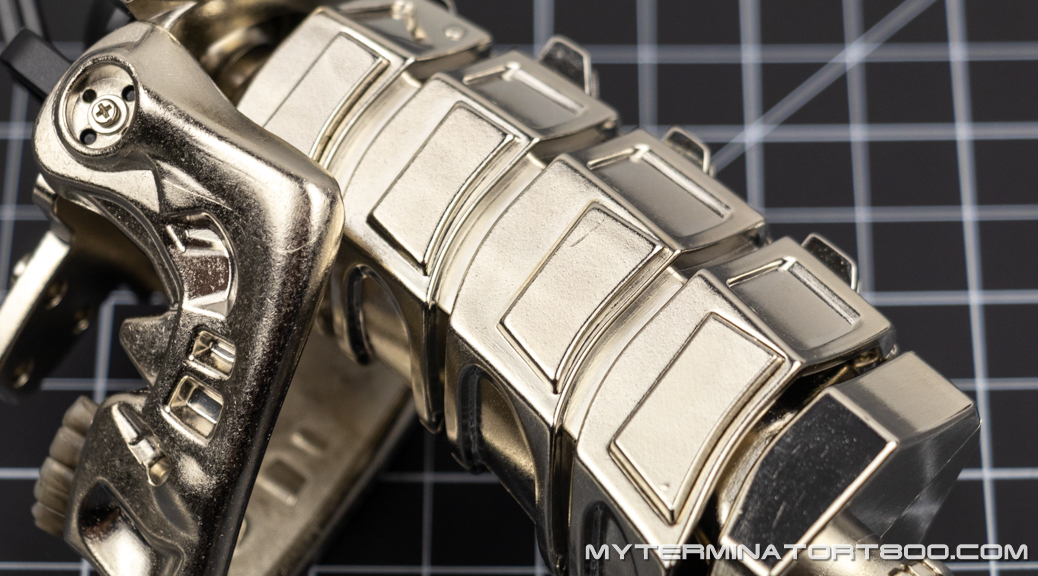 This is our neck assembly so far: 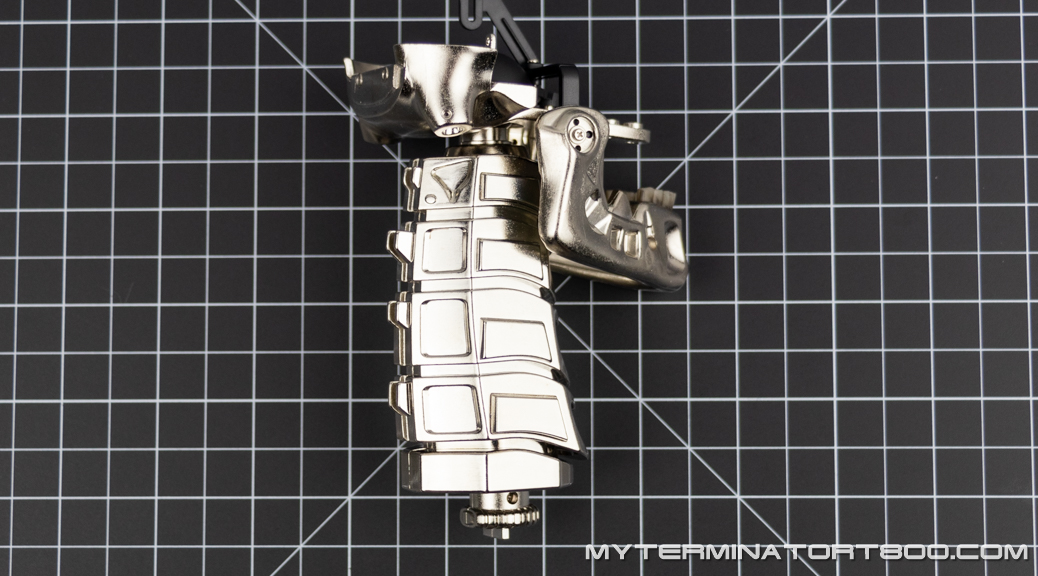 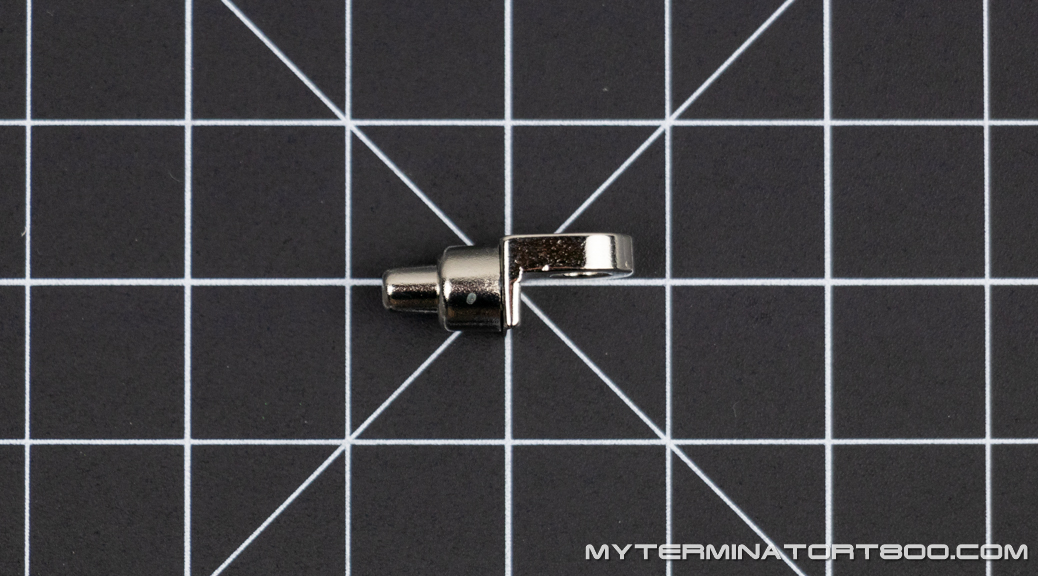 Next, insert the Rubber Sleeve through the hole of the Right Fourth Finger B as shown: 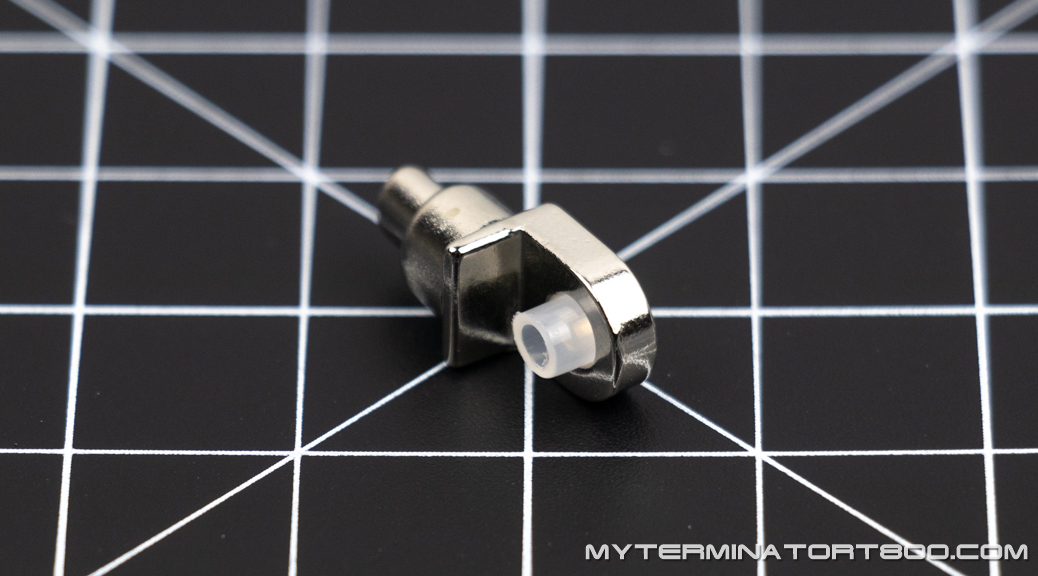 Next, press the sleeve into the hole of the Right Fourth Finger C (middle phalanx), making sure they align as shown: 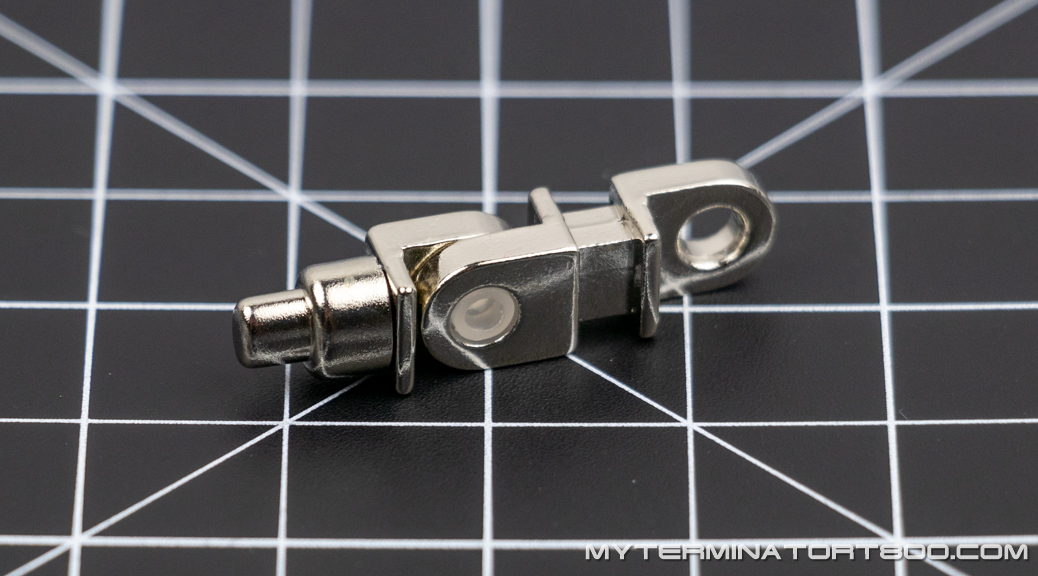 Then, insert the Finger Connector A (bushing) through the Rubber Sleeve from this side, as shown: 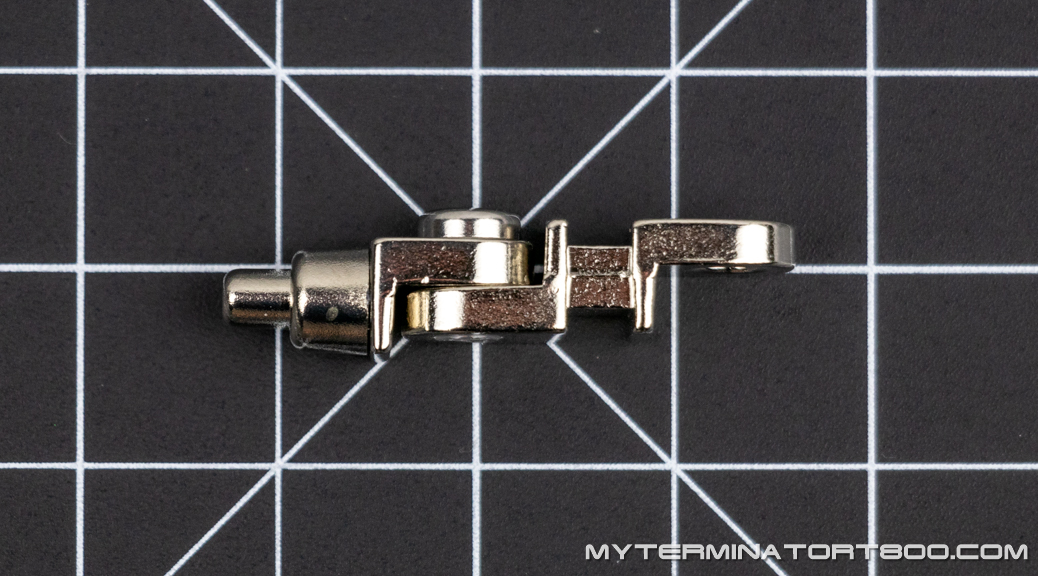 I found that super glue will not keep this pin in place so I used rubber cement instead: 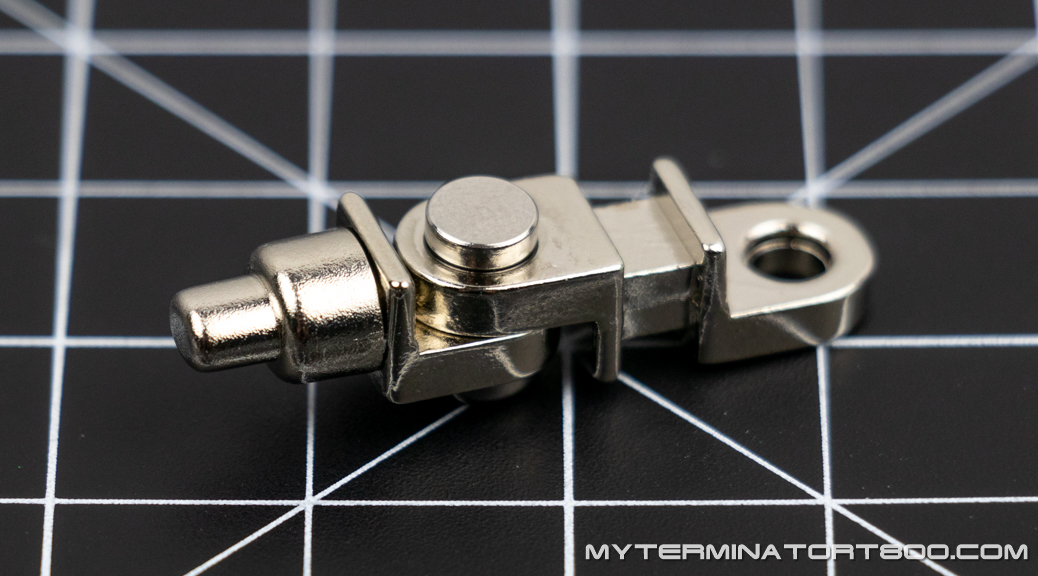 With the base of the skull attached to the neck we are slowly starting to see the head take shape now! Keep this head assembly safe until we need it again, but the finger assembly will be used in the next issue.