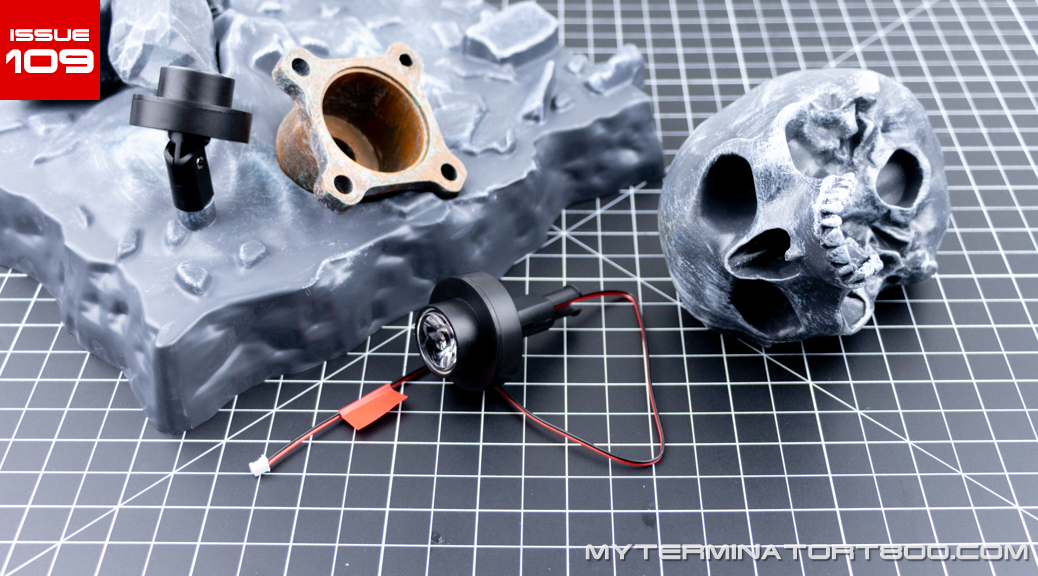 “Attach the LED to its adjustable housing and connect it to the base, and superglue the detail element into the recessed fixing point.”

We will have to build four searchlights in total, so these instructions will feel very familiar. 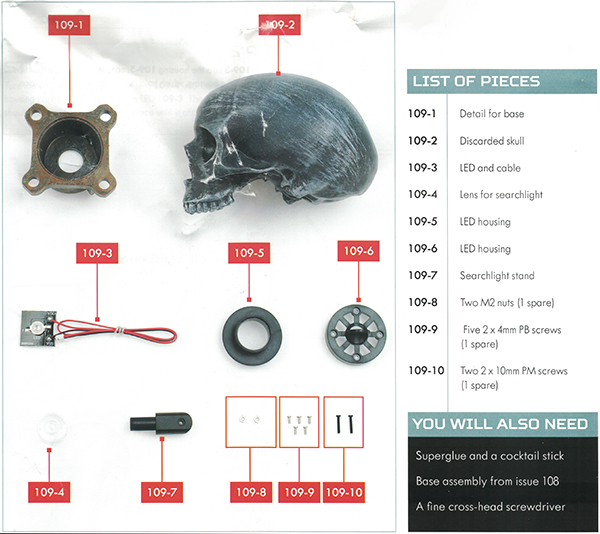 Materials: Everything non-electrical in this issue is plastic, except for the solid resin Detail for Base and Discarded Skull pieces. 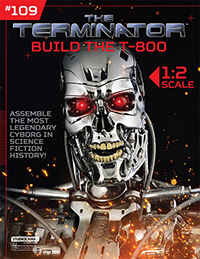 Build a Second Searchlight and Add a Base Detail

NOTE: These steps are the same as with the first Searchlight assembly, so I will be reusing the pictures.

Gently bend the leads of the LED and Cable so they fit into this notch of the circuit board, as shown: 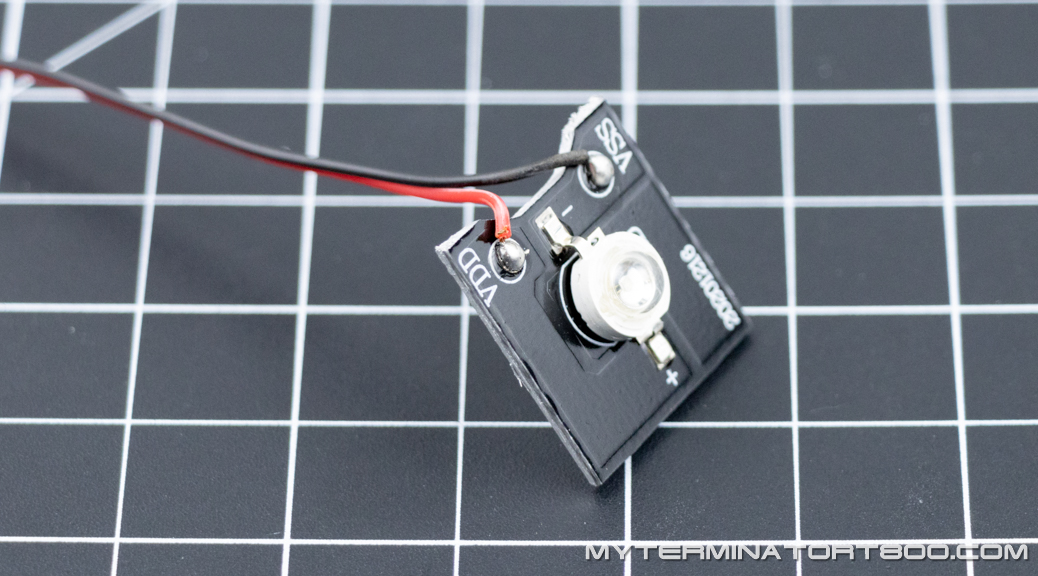 Fit this LED and Cable into the LED Housing (part 109-5 with the solid ring) so the circuit board fits into these four matching lips, as shown: 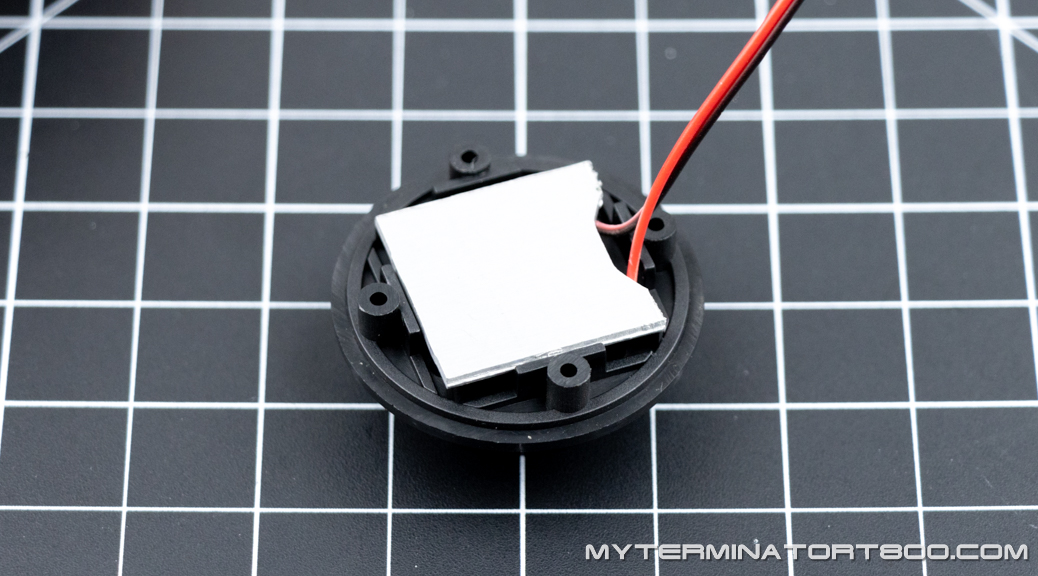 Thread the plug of the LED and Cable through the center opening of the other LED Housing (part 109-6), as shown: 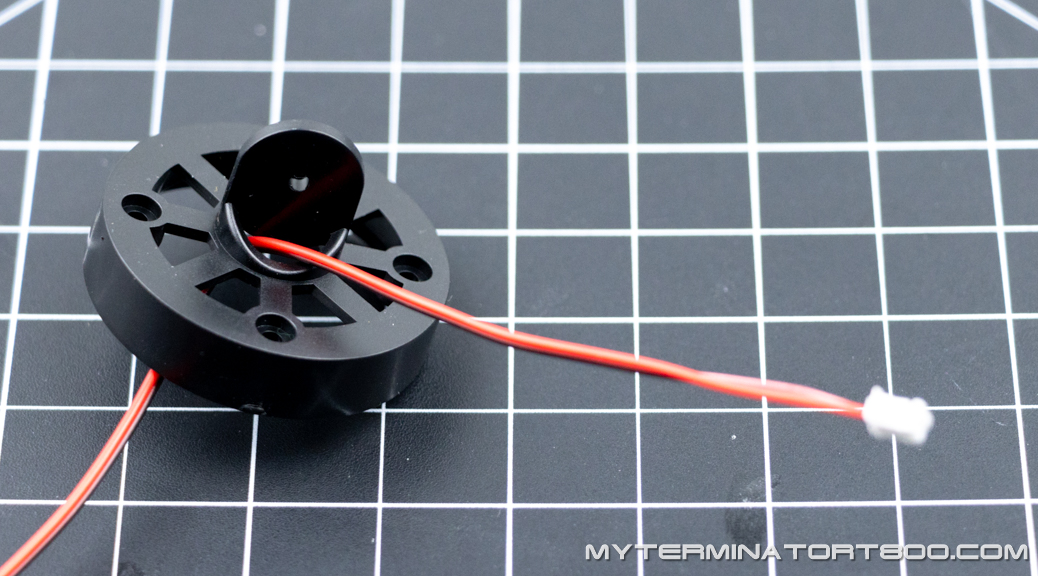 Fit the two LED Housings together as shown, align the screw holes, and secure the two parts together with four (4) 2×4 mm PB screws: 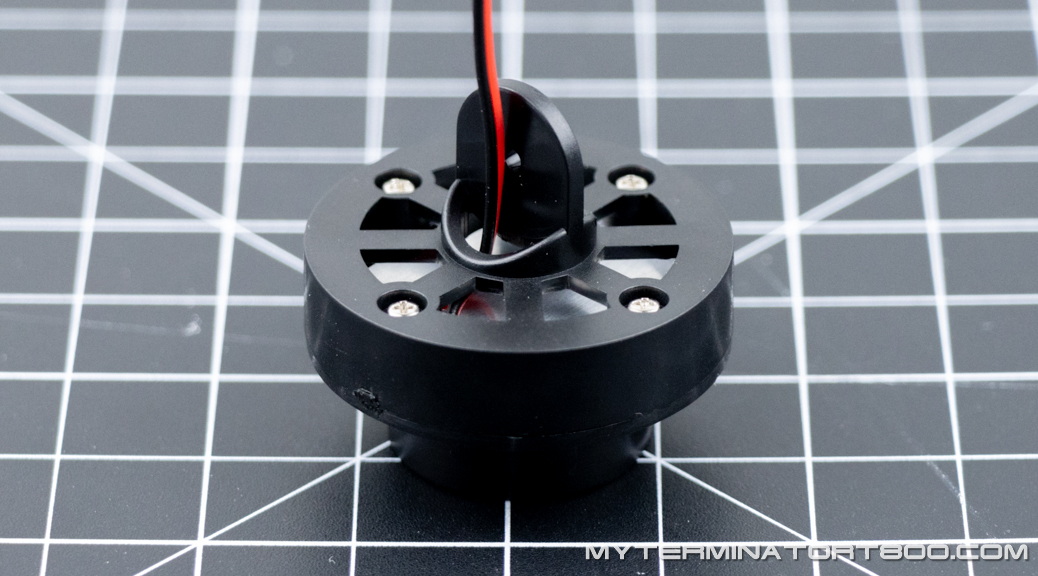 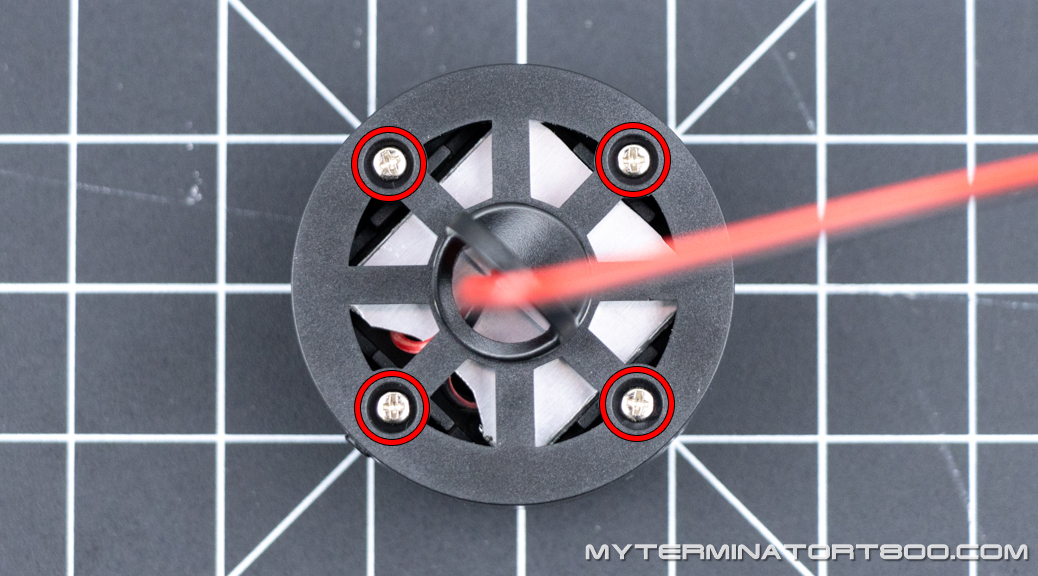 Fit the Lens for Searchlight over the exposed LED and press it down into place until it clicks, as shown: 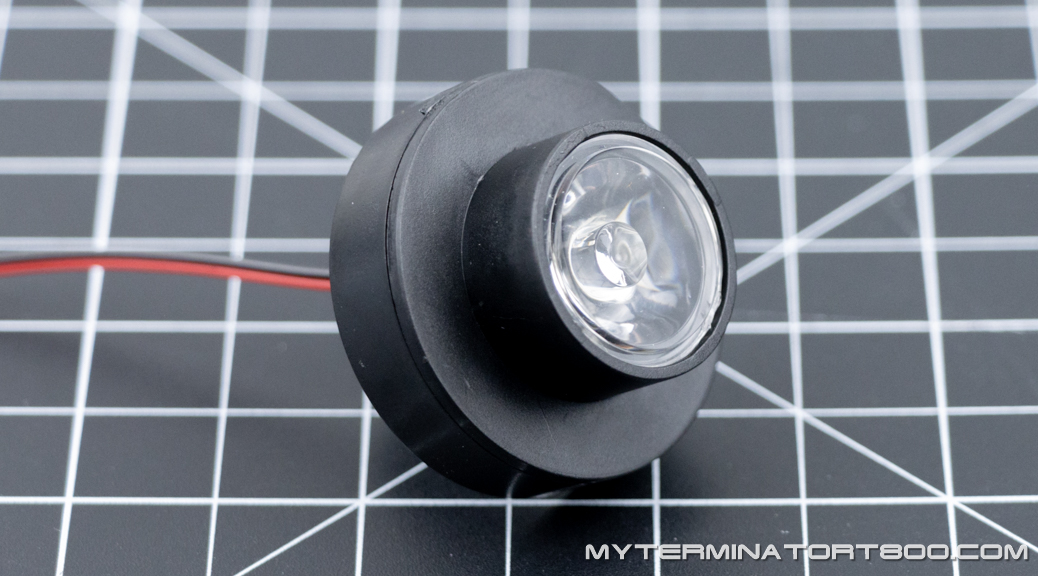 Thread the plug of the LED and Cable through the wider end of the Searchlight Stand, as shown: 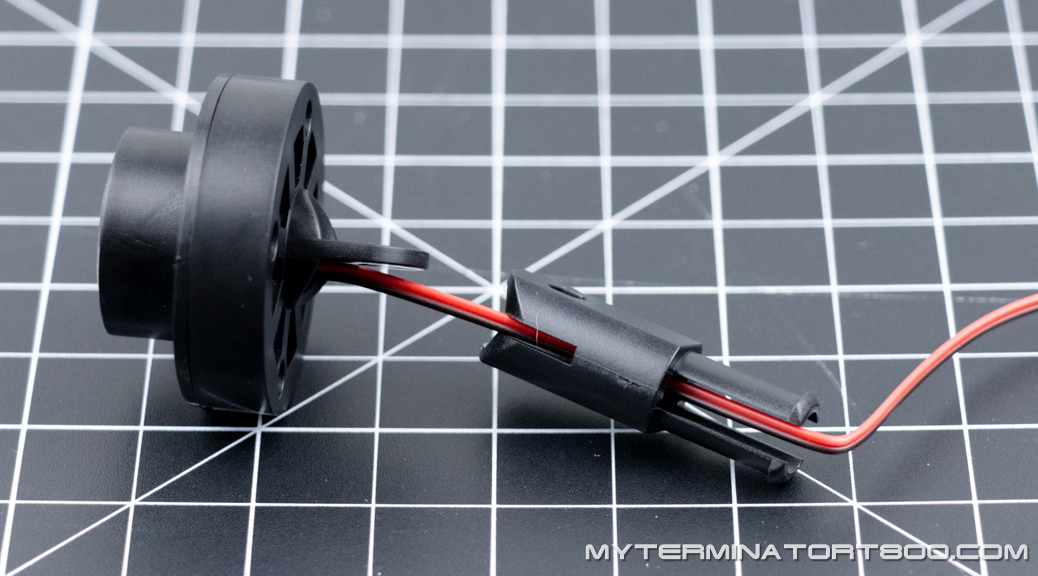 Then, slide the Searchlight Stand up and around the rounded tab of the LED Housing, as shown: 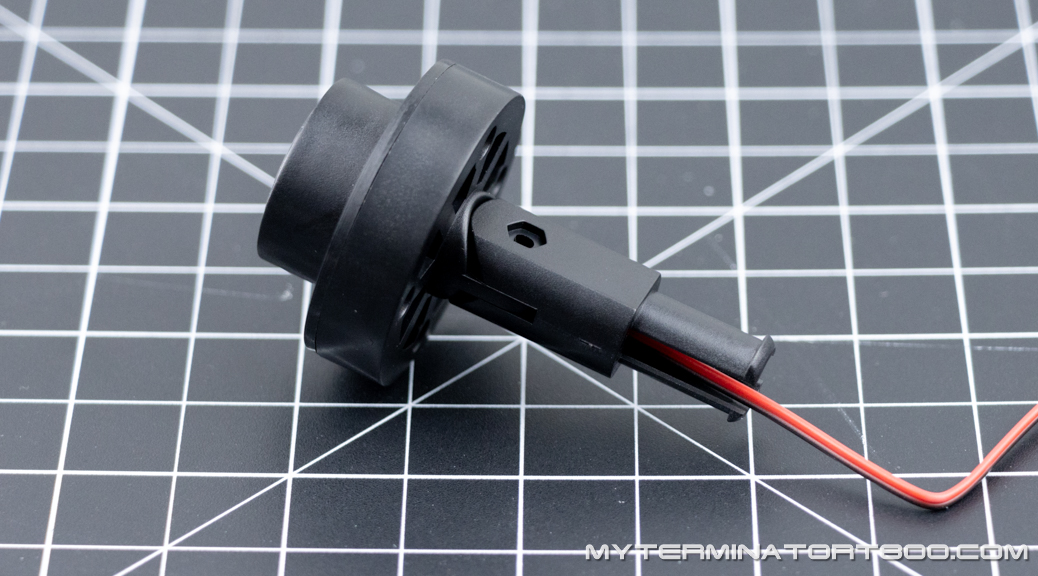 Fit an M2 nut into this matching hexagonal recess of the Searchlight Stand: 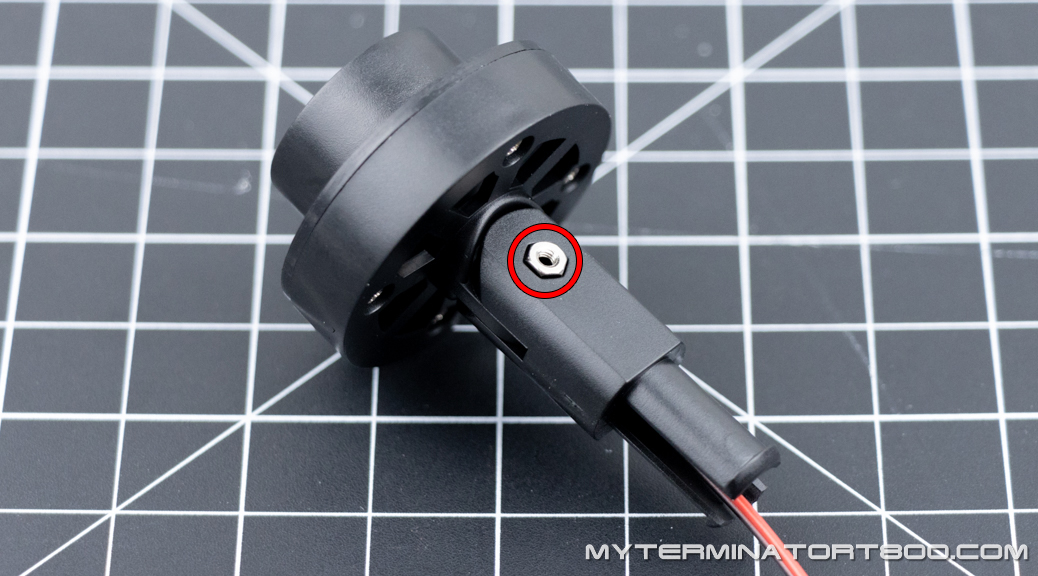 While holding this nut in place, secure the Searchlight Stand to the LED Housing from the other side with one (1) 2x10mm PM screw.

Make sure the wire is out of the way before inserting this screw. And, tighten this screw enough that the pivot joint is not sloppy, but loose enough that you can still rotate the joint by hand: 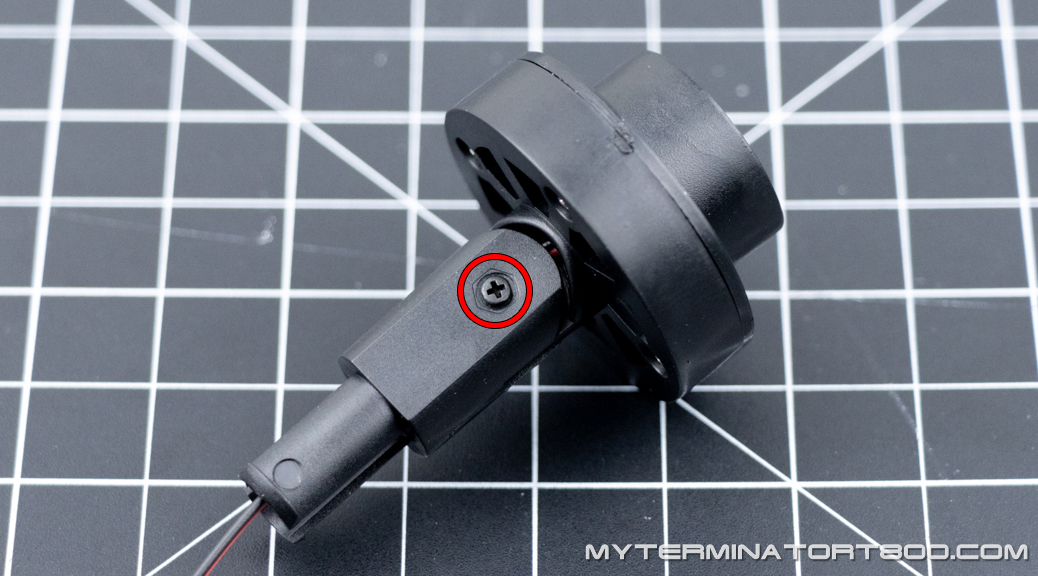 This LED will emit red light, so I used a piece of red electrical tape to mark the cable for future reference: 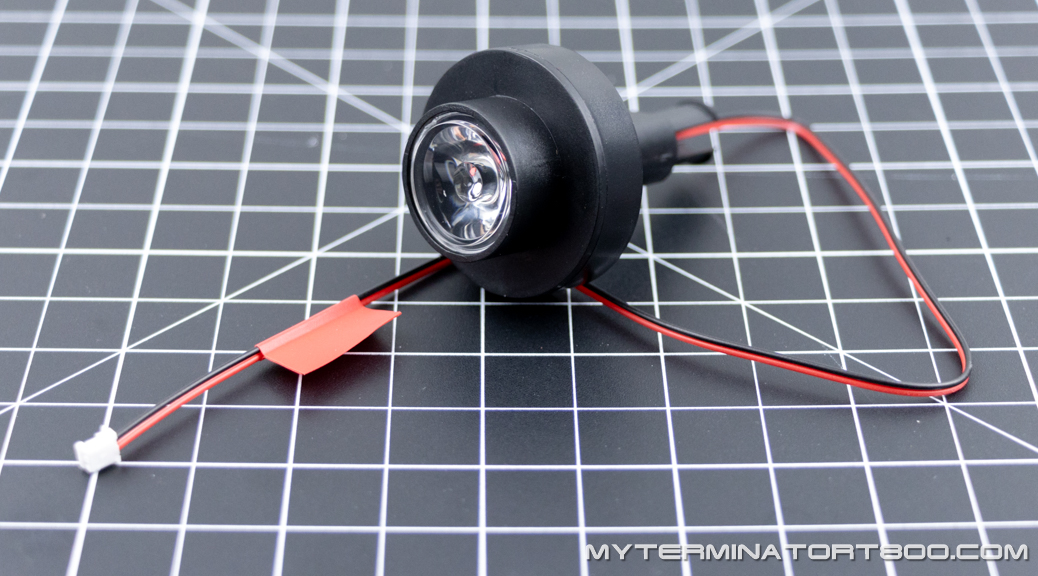 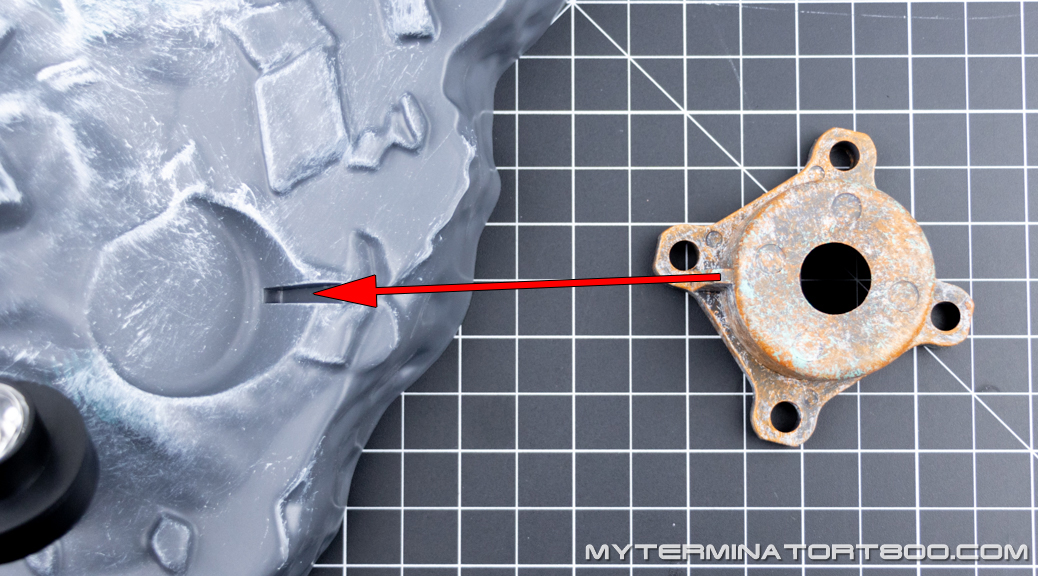 Apply some super glue to the sides of the rectangular rib of the Detail for Base.

As I mentioned in the previous issue, I am not gluing these details down just yet. I think I want to customize the base and need these details removable for now: 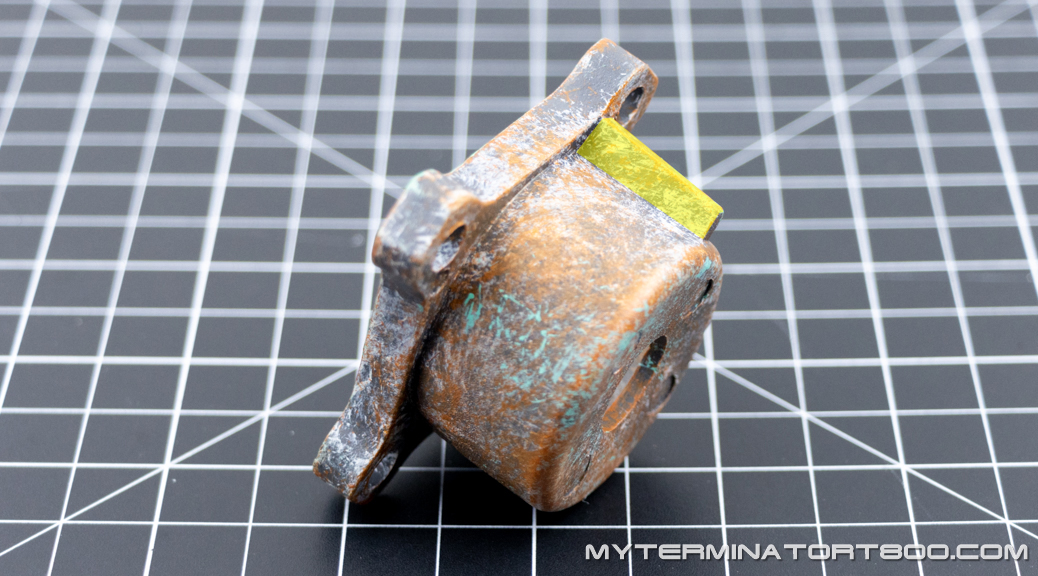 Fit this Detail for Base to the First Base Panel and hold it in place until the glue has set: 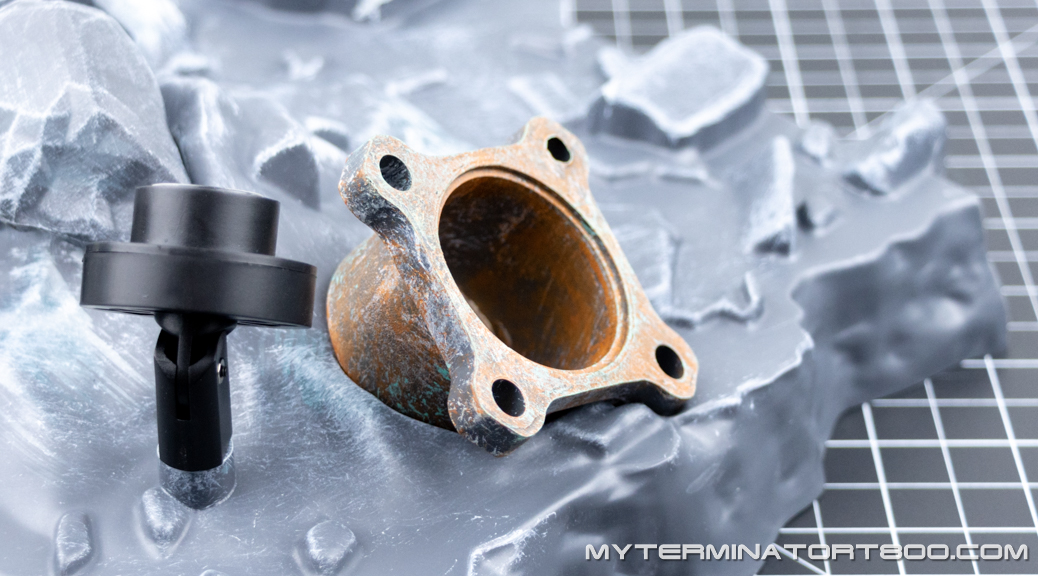 We did not utilize the Discarded Skull supplied here, but keep it nearby for the next issue.