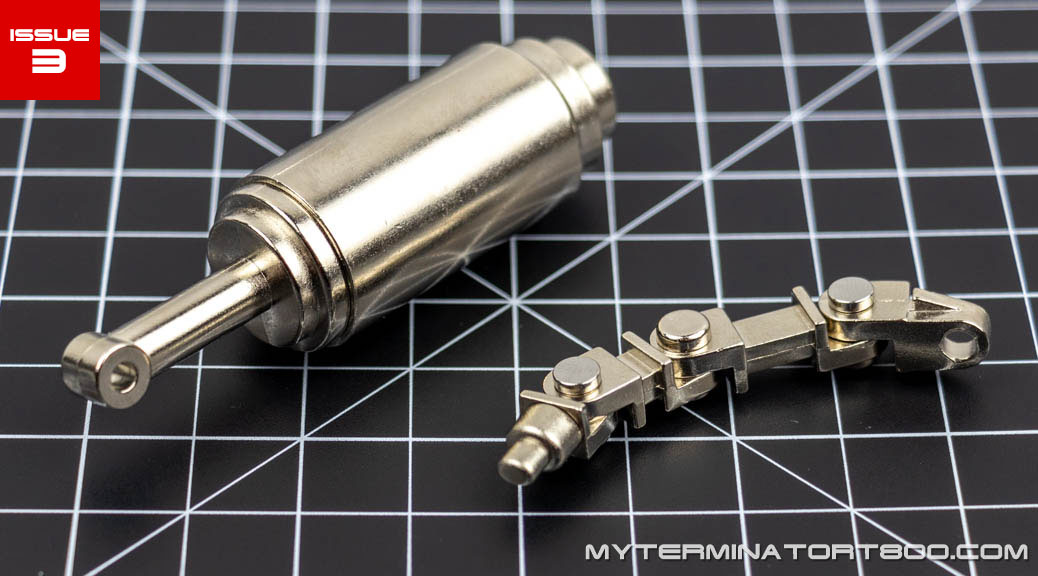 “With the pieces you’ve received this issue, you will be able to assemble a new element for the Terminator T-800 Endoskeleton’s right arm, piece together the first articulated finger, and use a diode tester kit to check the LED eyes are working perfectly!” 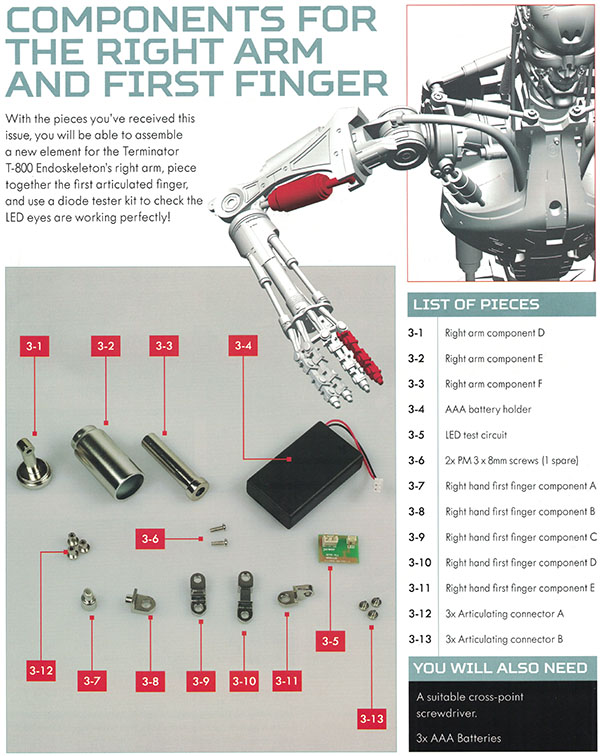 Materials: Everything in this issue is metal, except for the Right Hand First Finger Component A (fingertip) and the bushings of the Articulating Connectors which are plastic. 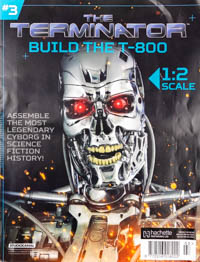 Components for the Right Arm and First Finger 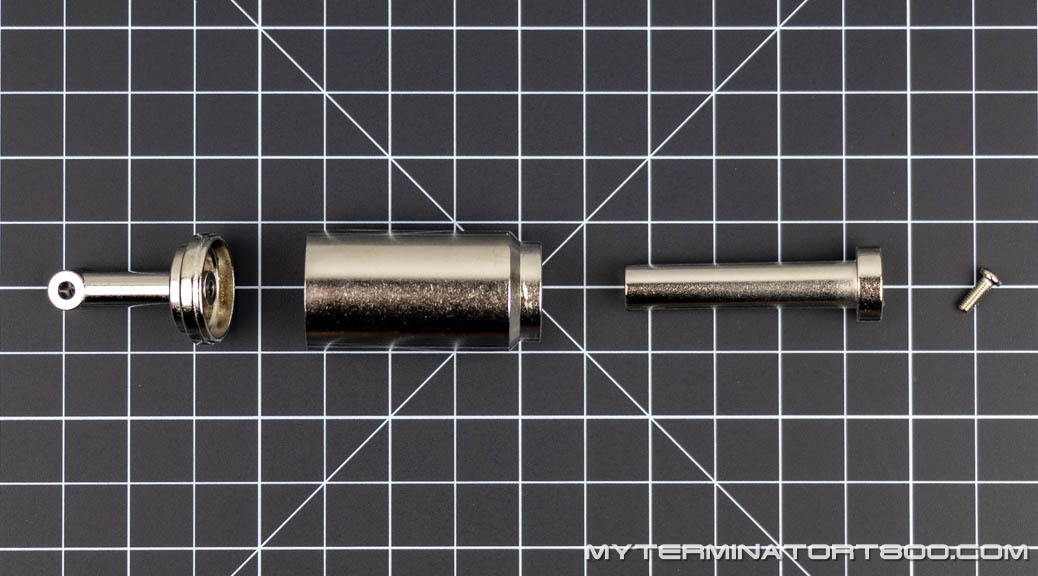 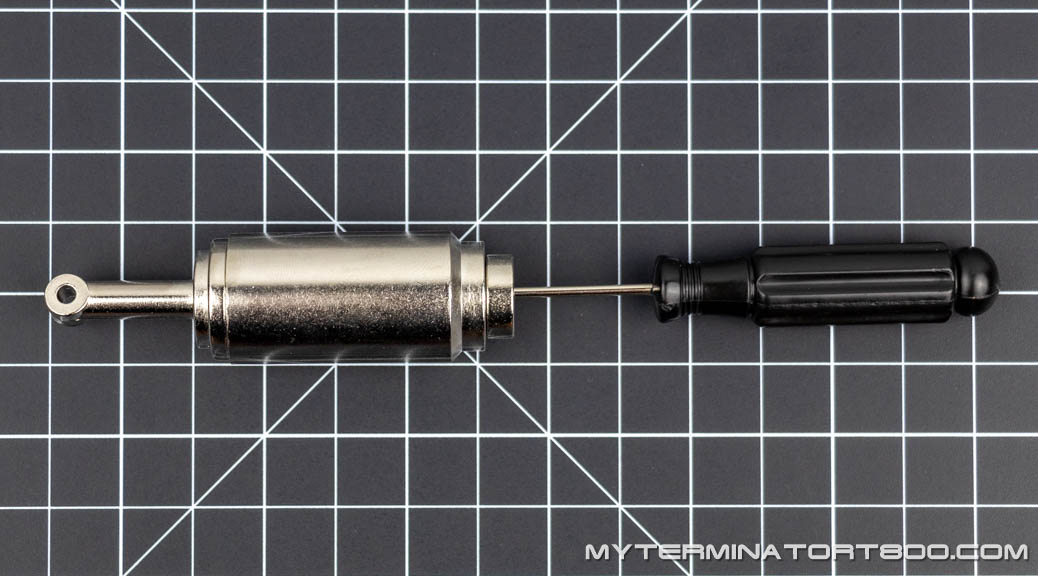 Remove the screw on the AAA Battery Holder, slide off the cover, and insert three AAA batteries as directed: 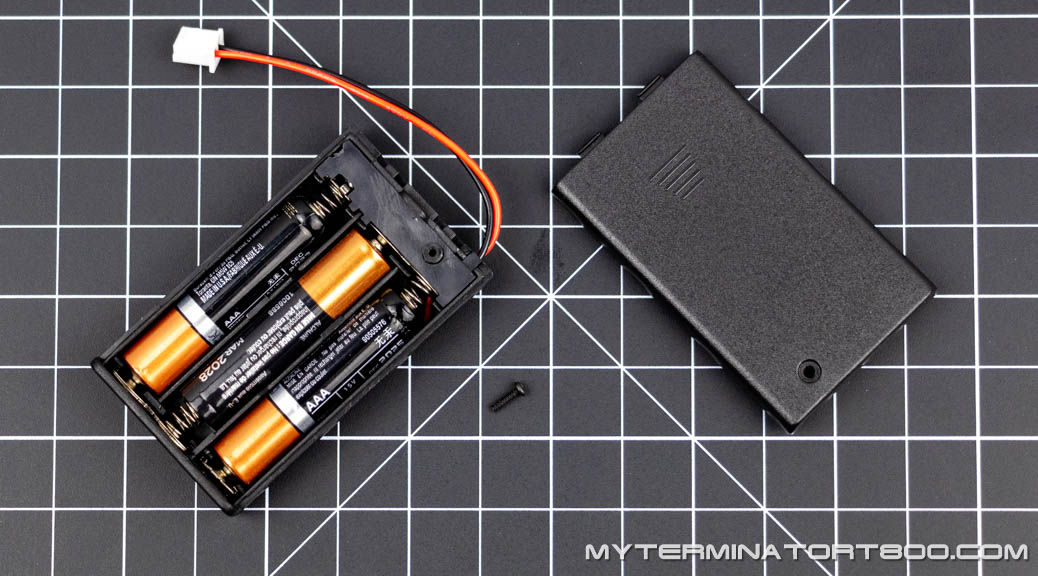 Replace the cover on the AAA Battery Holder and fasten closed with the removed screw. Hachette recommends only making power connections with the switch in the OFF position: 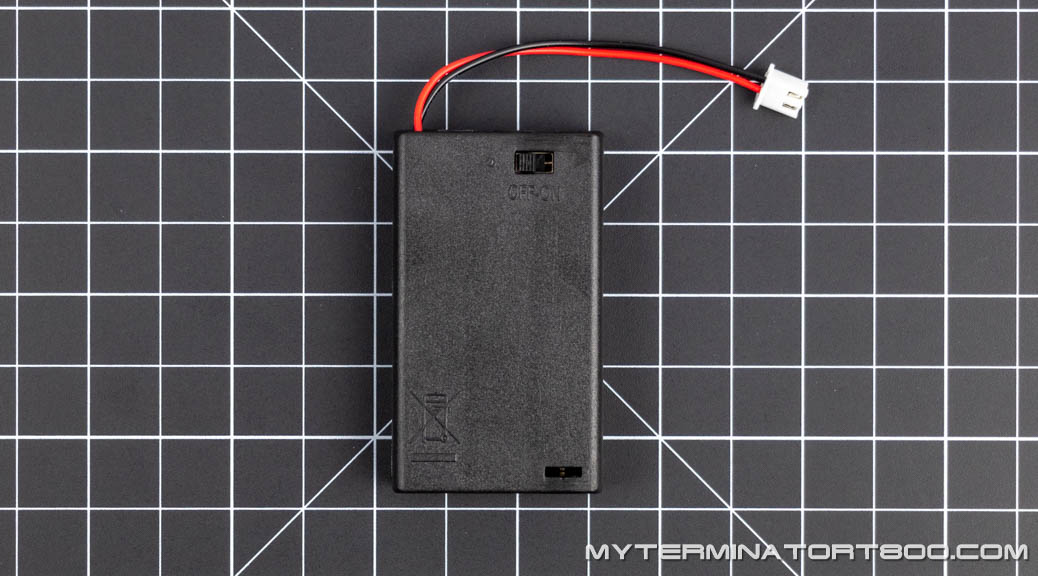 Attach the power lead from the AAA Battery Holder to the large socket marked ‘power’ on the LED Test Circuit board. Using tweezers here may make this step easier.

These connectors only fit correctly one way, don’t force them: 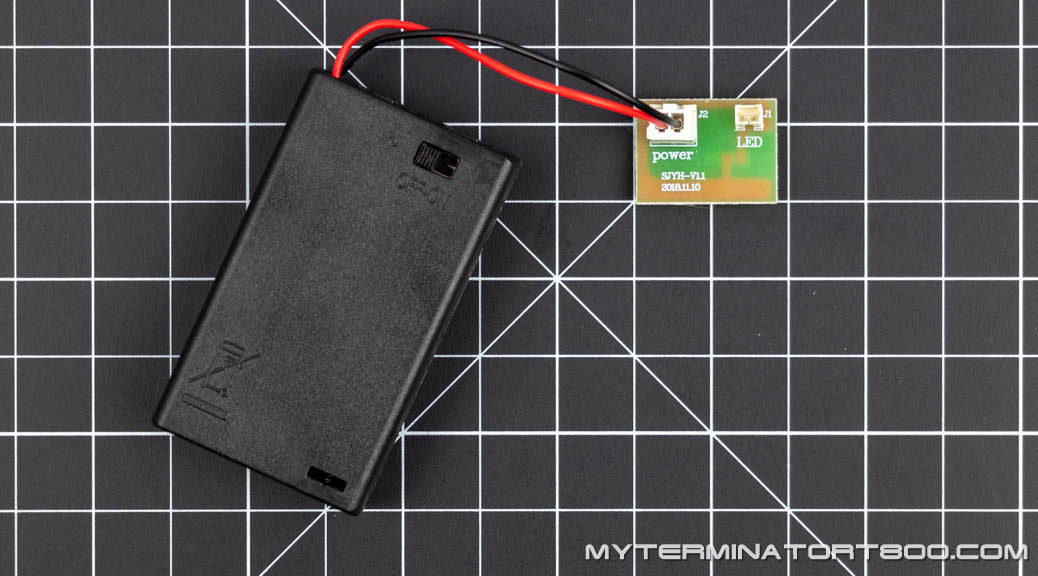 Take the head assembly from Issue 2 and connect one of the eye cables to the smaller socket marked ‘LED’. Turn the AAA Battery Holder switch to ON and make sure your eye LED functions correctly. 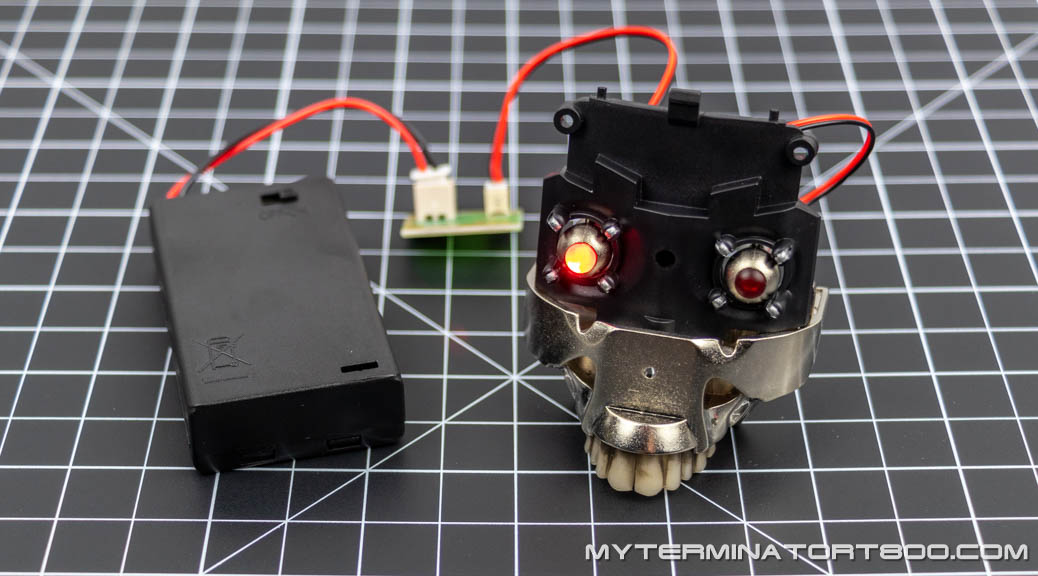 Repeat the process for the other eye LED. Once tested, these parts can be safely stored until a later issue: 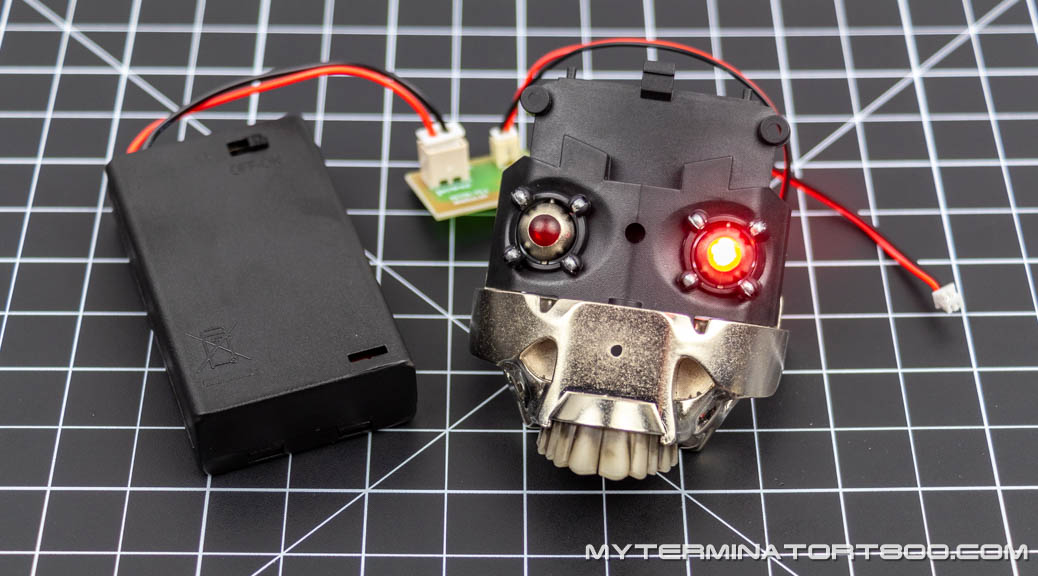 Lay out the finger parts Right Hand First Finger Components A, B, C, D, and E, along with all Articulating Connectors A and B as shown: 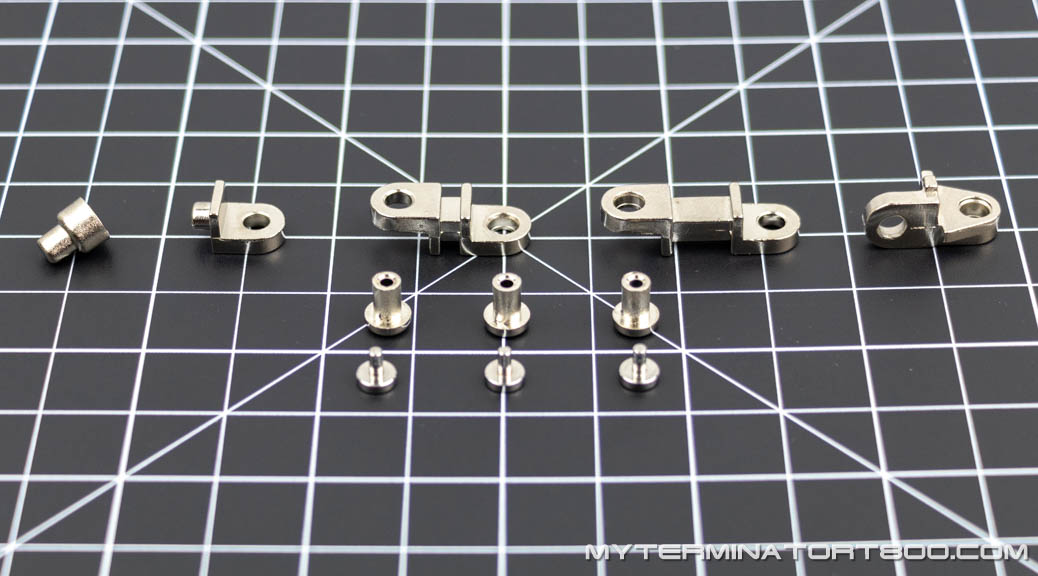 My fingertip did not stay on at all and required a tiny bit of super glue to hold it into place: 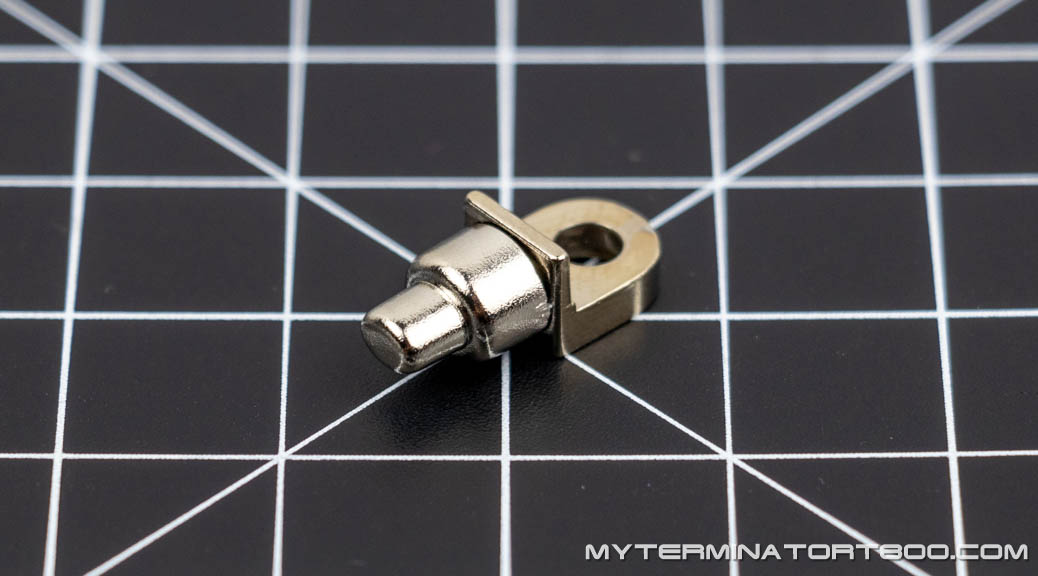 This assembly then attaches to the Right Hand Finger Component C (middle phalanx) using one each of the Articulating Connectors A and B. Press the female end (bushing) through the joint and secure in place with the male end (pin): 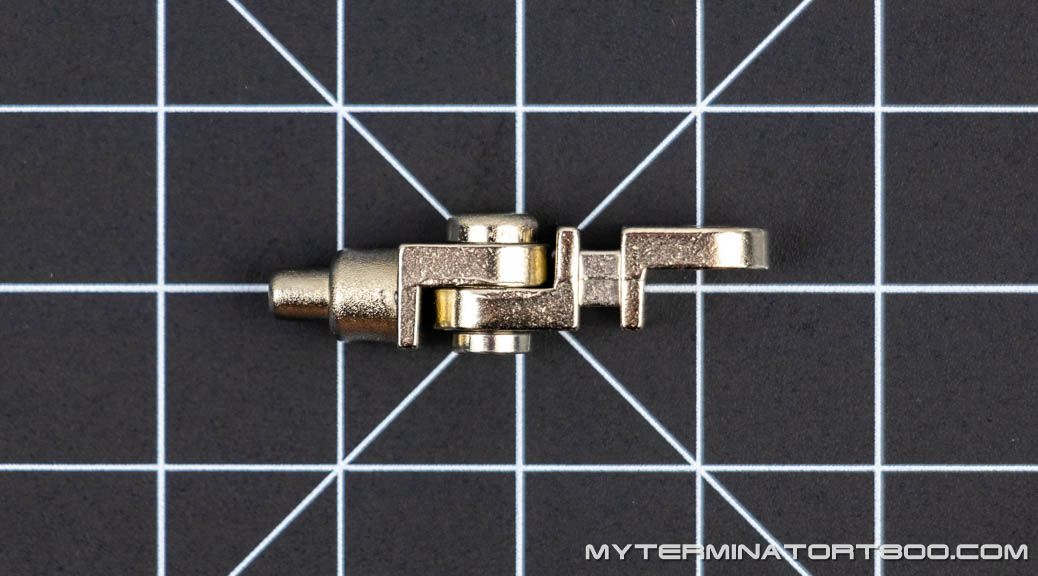 There are a lot of online complaints about these bushings/pins (Articulating Connectors). The supplied bushings sometimes have very little resistance inside the joint, leaving the knuckle joint loose and difficult to pose. From Issue 13 on, Hachette started supplying new connectors with rubber sleeves for all future fingers to fix this problem, but that does not help us now. Fortunately, I did not have this problem after the pins were seated all the way, and my joints were not loose.

If anyone needs measurements of the knuckle joints: The hole through both knuckle joints together is 4 mm wide by 6 mm deep. The head of the male pins are 5.5 mm across while the female heads are 6.5 mm across. The knuckles themselves are ~8.75 mm wide.

Similar to the previous step, attach the Right Hand Finger Component D (proximal phalanx) to the finger assembly, but insert the Articulating Connectors from the opposite direction: 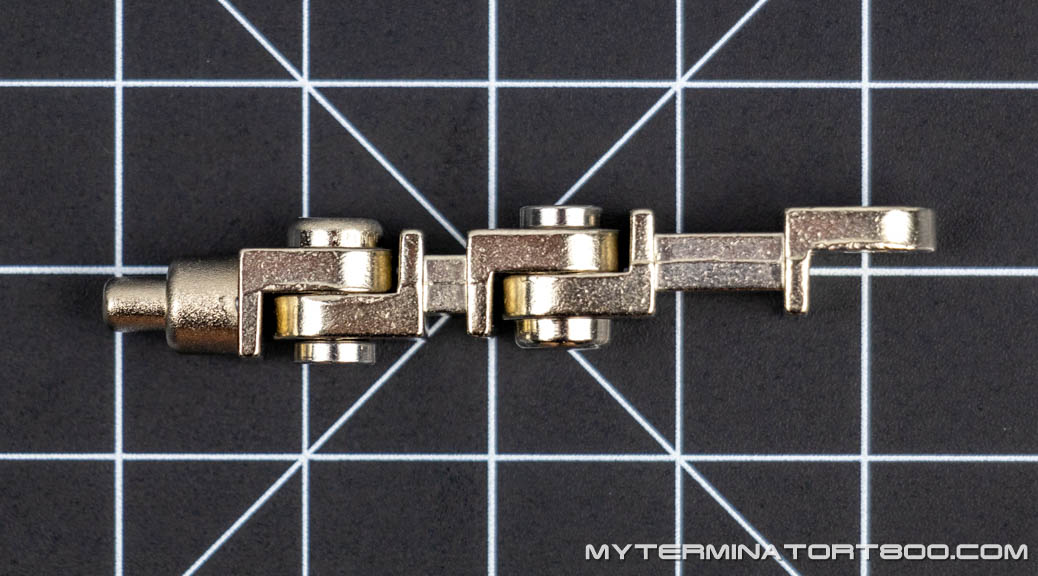 And finally, attach the Right Finger Component E to the finger assembly, but reverse the direction of the Articulating Connectors again as per the first knuckle joint: 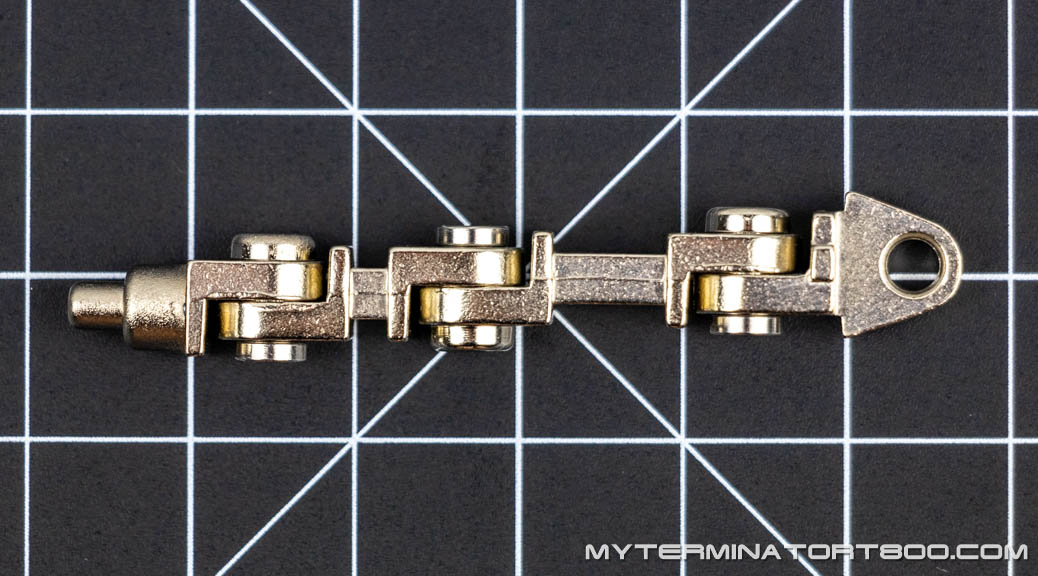 The first finger, and this issue, are now complete: 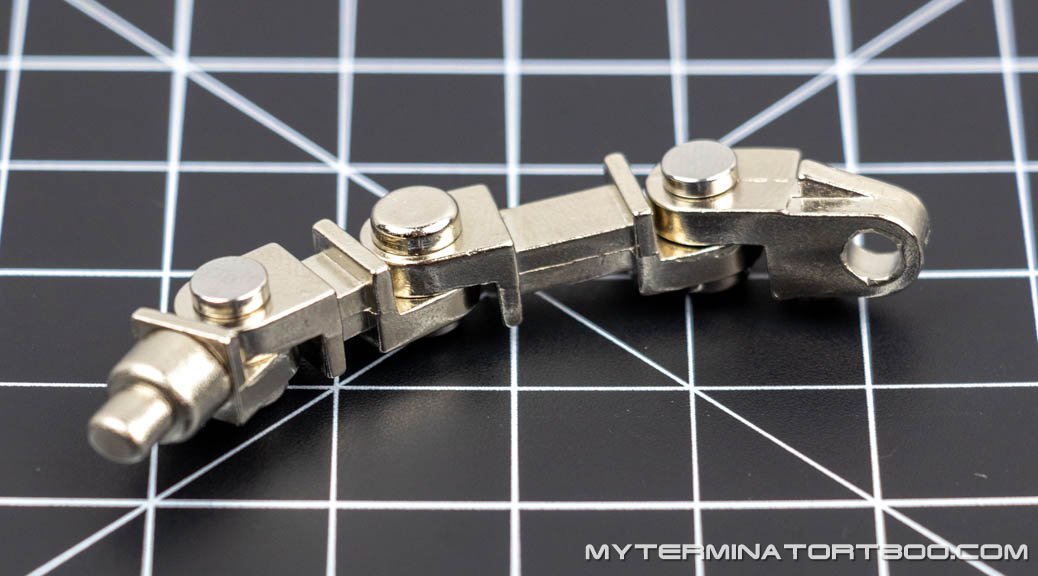 I do want to thank Hachette for including the battery box and test circuit early on in this build to make sure the electrics work! The biceps piston will be used in the next issue, but the finger will have to wait until Issue 8. The Battery Box will eventually be installed into the Skull when we get to Issue 107.